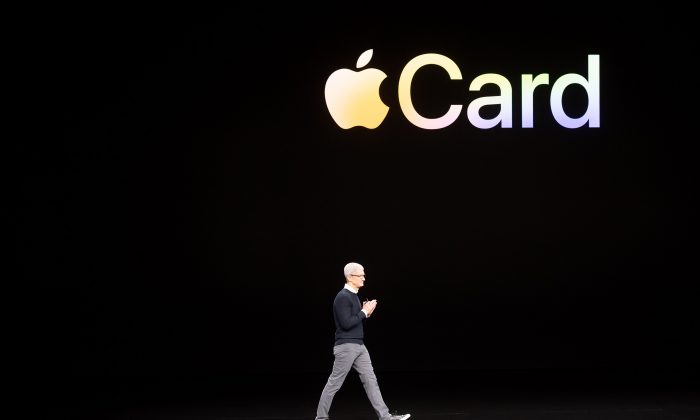 The card is tied to Apple Pay, a service that lets people load banking information and pay in store or use it for purchases online. It works globally where Apple Pay is accepted, lets users track spending in the Wallet app, and focuses on transaction privacy. The card also includes a cash back rewards program, including 2 percent cash back on all Apple Pay purchases made with the card and 3 percent on purchases made at the Apple Store or with services like the App Store.

“To create a credit card as innovative as Apple Card, we needed a bank that was willing to do things that had never been done in the industry before so we partnered with Goldman Sachs,” Jennifer Bailey, Apple’s vice president of Apple Pay, said on March 25. “As a newcomer to consumer financial services, Goldman was up for the challenge of doing something more bold and innovative.”

Apple and Goldman are entering the intensely competitive field of consumer credit, where banks have been shelling out costly rewards to encourage consumers to spend through their cards. Banks, which collect a fee from merchants each time a consumer swipes their card at checkout, have been eager to grow their card businesses in recent years and have benefited from low default rates.

“This partnership is a major step in the growth of our consumer franchise, furthering our vision to create the leading digital consumer platform,” David Solomon, chief executive officer of Goldman Sachs, said in a memo to employees. The bank’s lack of legacy technology makes it “the best partner to bring this consumer-centric credit card to customers.”

Based on examples of the card on the Apple website, it won’t carry the brand of Goldman Sachs or its consumer unit, Marcus. The card will have an annual percentage rate of 13.24 percent to 24.24 percent. The average interest rate assessed on credit cards was 14.73 percent in the fourth quarter, according to data compiled by the Federal Reserve.

The Apple Card’s cashback structure isn’t one of the richest cards to debut in recent years. Its rewards are similar to those offered by Citigroup’s Double Cash card and PayPal Holdings Inc.’s Cashback Mastercard. Apple Card users will receive their cash-back rewards on a daily basis instead of at the end of each billing cycle.

Apple won’t know what consumers bought, where they made purchases or how much a consumer spent with Apple Card, which will run on the Mastercard network, Bailey said on March 25.

With Apple Card, the technology giant is also hoping to tackle some of the issues consumers have long had with credit card statements and how information like interest rates and due dates are presented to cardholders. Apple will try to clearly label its transactions with merchant names and locations and offer color-coded categories to allow consumers to see an easier breakdown of spending on categories such as food, shopping, and entertainment.

Apple isn’t new to digital payments. Apple Pay Cash is a virtual debit card of sorts that lets users transfer money over iMessage and can also be used as a tap-to-pay tool in stores. Apple partnered with Green Dot Bank for that service and has long offered a credit card with Barclays for Apple hardware purchases.

Still, the push into consumer credit cards is a major advancement for Apple’s payment-related initiatives. Apple made a big splash with Apple Pay in 2014 when it struck partnerships with payment networks like American Express and Visa.