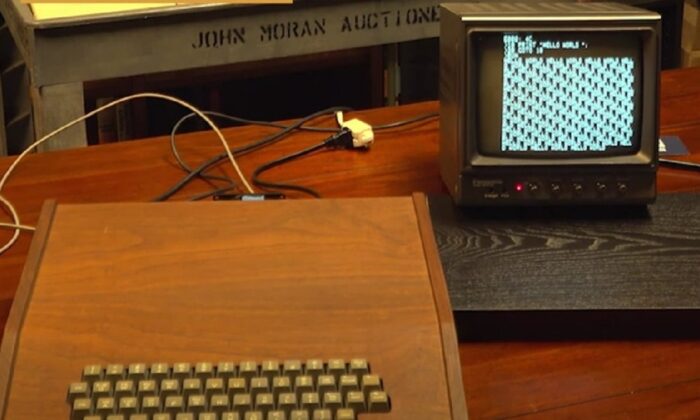 Apple Computer Made by Jobs and Wozniak Auctioned for $ 375,000

The holy grail of technology, the Apple-1 computer, one of the brand's first computers, was auctioned this past Tuesday in the United States
By Entrepreneur

One of the first Apple computers, dubbed Apple-1 and nicknamed “Chaffey College” was auctioned at WeWorks (Boston, United States) for the amount of $ 375,000. This item was owned by a person who purchased it directly from The Byte Shop, the store where Steve Jobs and Steve Wozniak originally sold their computers.

According to CNN reports, what makes this team so special is that it is one of the 200 manufactured by Steve Jobs and Steve Wozniak at the beginning of their venture to create Apple, a company that started as a business in a garage and became one of the most important technology companies in history with a value of more than two trillion dollars.

What makes this kit even more unique is that it is clad in koa wood, a wood native to Hawaii. Only a handful of the original 200 were made from this material. The reason for this phenomenon is that when Jobs and Wozniak began to sell these computers, they received an order from a computer store, which they decided to cover with said wood.

Find out more: Unpublished images reveal what the first iPod looked like, which was the size of a current MacBook
“This is kind of a holy grail for collectors of old electronics and computer technology,” Apple-1 expert Corey Cohen explained to the Los Angeles Times.

Lastly, this computer has only been through two owners prior to auction time.

“It was originally purchased by an electronics professor at Chaffey College in Rancho Cucamonga, California, who later sold it to one of his students in 1977,” explains John Moran Auctioneers on its website.