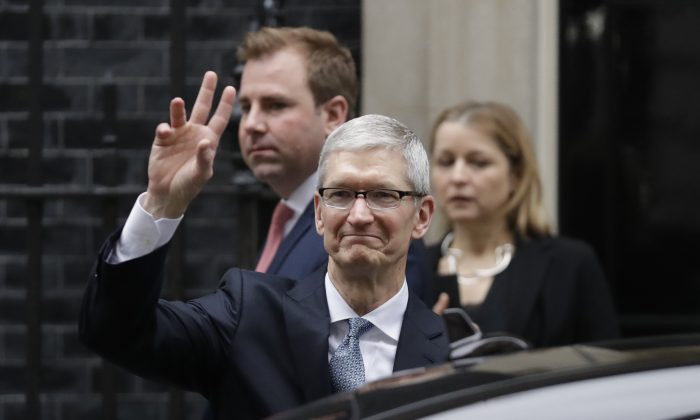 Apple CEO Tim Cook waves at members of the media as he leaves 10 Downing Street in London on Feb. 9, 2017. (AP Photo/Matt Dunham)
International

Cook said after meeting with British Prime Minister Theresa May on Thursday that he’s optimistic about the country’s prospects, noting that Apple is moving ahead with a new UK headquarters in London. Cook also met with London Mayor Sadiq Khan amid uncertainty about the impact that Britain’s decision to leave the 28-nation bloc will have on the U.K. economy.

Cook says Apple is “doubling down on a huge headquarters in the Battersea area and we’re leaving significant space there to expand.”

He says “we’re a big believer in the UK , we think you’ll be just fine … yes, there will be bumps in the road along the way, but the U.K.’s going to be fine.”