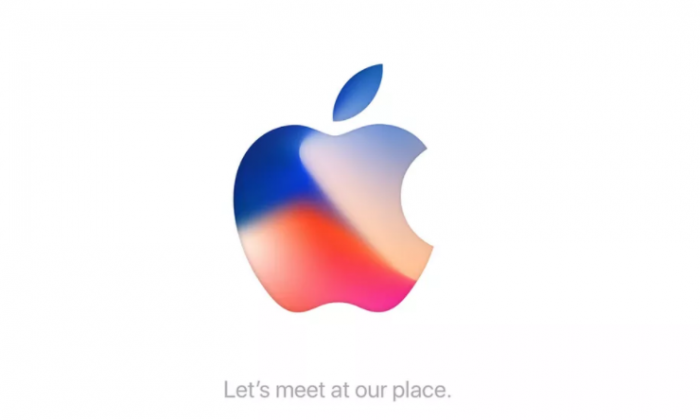 Apple's invitation to a mystery event on Sept. 12. (Apple)
Business

Apple has sent out mysterious invitations for an event on Sept. 12 which say simply “let’s meet at our place.”

There are no other details on the cards, but many believe that the company will unveil the new iPhone 8 as well as updates to its Apple Watch, Apple TV, and iOS software, the Verge reported.

The company will likely introduce three new iPhone models: the next-generation iPhone 8 and updates to the iPhone 7 and iPhone 7 Plus.

The iPhone 8 is highly anticipated, since Apple didn’t update the design when it released the 7 and 7 Plus phones last year.

The iPhone 8 is expected to feature an edge-to-edge OLED display, which reproduces colors more accurately. Analysts also expect the phone to feature a 3-D face-scanning sensor, which will replace the fingerprint scanner Apple introduced in the iPhone 5s in 2013, Bloomberg reported.

If introduced, the face-scanning feature will allow users to unlock their phones, makes payments, and log into secure apps just by having their face in viewing range of the scanning sensor. People who spoke to Bloomberg about the feature say that the sensor works even if the phone is lying on a table, meaning that the user wouldn’t have to point the phone at their face for the sensor to work.

Apple is also testing eye scanning for authentication, but it wouldn’t be the first to introduce the technology. Samsung introduced iris scanning with its Galaxy 8 phone, but it received poor reviews because the sensor could be fooled with a printout of a person’s eye. Apple’s face scanner records data points in three dimensions, so it is unlikely to get duped by printouts.

Although Apple would not comment on the face-scanning feature, analysts at JPMorgan Chase & Co. told Bloomberg that it will be included in the iPhone 8.

The phone will also include a dedicated artificial intelligence chip, which will save battery life by working on specific tasks like image recognition and typing suggestions.

Apple was also testing new glass cases for the iPhone 8—a 10th anniversary model. Both sides of the phone are expected to be glass, which will curve at the edges and connect to a steel frame that houses the volume controls and the power button.

The new iOS is titled High Sierra. It was announced in June and rolled out to app developers in stages since then.

The “our place” mentioned on the cards refers to the new Steve Jobs Theater in Apple Park campus in Cupertino. The Sept. 12 event will be the first Apple event held at the venue.