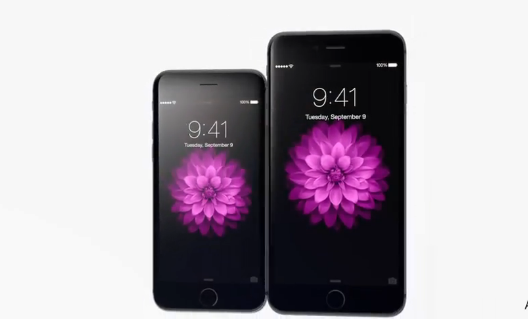 While critics lament that Apple is a one-trick pony with its iPhones, the hardware giant reported record quarterly income off strong sales of its smartphone. (AOL Screenshot)
Business & Markets

Apple posted a whopping $182.795 billion in revenue, and $53.5 billion in pre-tax income or profit, for the entire fiscal year of 2014. The company announced a dividend payment of $0.47 per share for the fiscal quarter.

The Cupertino-based hardware giant was able to post such impressive results on back of its performance in the last quarter of 2014 (which Apple calls its “fiscal 2015 first quarter”.) The company posted $74.6 billion in revenue and $18 billion in profit for just the three months ending Dec 27, 2014, which includes the holiday season and is traditionally a strong sales quarter for Apple.

Does that seem large to you? It should: that quarter’s revenues for Apple are the highest quarterly profits. For any company. Ever. The company easily beat previous record maker, Russian state-owned Gazprom, which had recorded $16.2 billion in quarterly profits.

The company’s record quarterly and yearly earnings came on the back of stronger-than-expected iPhone sales, which sold 74.5 million units in the last quarter of 2014. The company said its gross profits for the most recent quarter are 39.9%, compared to 37.9% last year.

Apple provided revenue between $52 billion and $55 billion, and gross margin between 38.5 percent and 39.5 percent, as its guidance for its fiscal 2015 second quarter.

Apple’s earnings still depend heavily on iPhone sales. A detailed graphic by the New York Times shows that the iPhone has accounted for more than 50% of Apple’s revenue in its last few years, with it tallying for around 60% revenue in this past year. Its revenue from its long-standing range of Macintosh computers has remained steady over the last few years.

While critics may still lament that Apple remains mostly a one-trick pony with strong iPhone sales, that pony continues to hold up its end for Apple, continuing to drive the hardware giant to record numbers quarter after quarter.