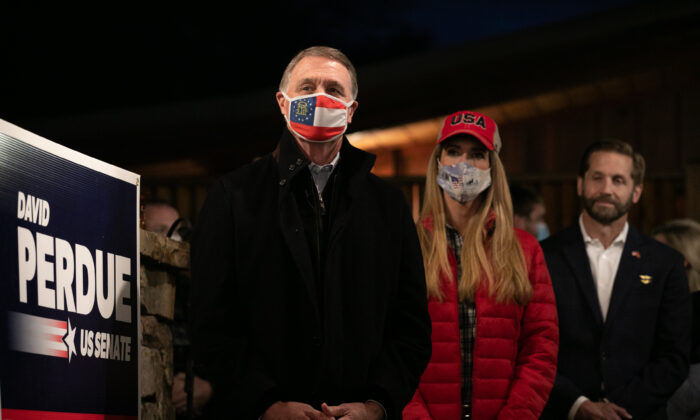 A district court found the plaintiffs lacked standing, prompting an appeal to the U.S. Court of Appeals for the Eleventh Circuit.

A three-judge panel ruled Sunday the plaintiffs did not sufficiently allege an injury that can be addressed to establish standing.

“Like in Jacobson, the campaigns sued the secretary of state. They alleged that the secretary is the state’s chief election officer, that he has the authority and responsibility to manage Georgia’s electoral system, and that he, along with the election board members, has the duty to promulgate rules and regulations to obtain uniformity in the practices of election officials and to ensure a fair, legal, and orderly conduction of elections,” the panel wrote, referencing Jacobson v. Florida Secretary of State.

“But, just as in Jacobson, the absentee ballot statute puts the duty to ‘compare the signature’ and accept or reject a ballot on the ‘registrar or clerk’—not the secretary of state.”

The judges said the motion for injunction asked them to do what they already said they couldn’t do in the previous case, “order a nonparty county official to do something contrary to state law.”

They denied the motion for an injunction.

Requests for comment sent to Georgia Republican Party, the campaigns of Loeffler and Perdue, and the National Republican Senatorial Committee, another plaintiff, weren’t immediately returned.

The rejection came hours before counties are able to start opening and processing mail-in ballots in the runoffs.

Loeffler and Perdue are facing Democrats Raphael Warnock and Jon Ossoff in the elections.