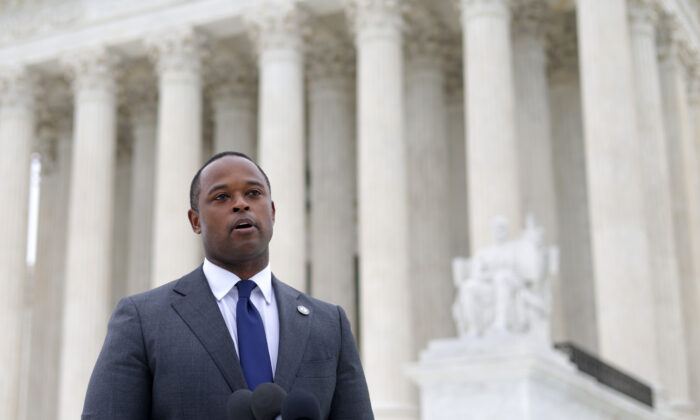 The Kentucky Court of Appeals has reinstated a “trigger” abortion ban in the state, allowing the restriction to be in force amid ongoing litigation.

The ruling by Judge Larry E. Thompson (pdf) was in favor of Attorney General Daniel Cameron, who had asked the court on July 29 for an emergency stay after a lower court’s ruling blocked the abortion restrictions.

Thompson also reinstated a separate law that bans abortion after a fetal heartbeat is detected, at about six weeks of pregnancy. The six-week ban was previously blocked by a federal court. But the challenge by the clinics argued that the injunction stopping the ban from being enforced will be dissolved owing to the June 24 Supreme Court decision that overturned Roe v. Wade.

Thompson’s order said that abortion restrictions will remain in place while the appeals court appoints a three-judge panel to consider Cameron’s other requests, including that the case be transferred to the Kentucky Supreme Court to resolve the matter more swiftly.

Abortions carried out amid a pending legal challenge “cannot be undone,” Thompson noted in his order.

Cameron celebrated the decision on Twitter, writing: “Today the Court of Appeals granted our motion to have the Kentucky Human Life Protection Act and the Heartbeat Law reinstated in the Commonwealth.

“I appreciate the court’s decision to allow Kentucky’s pro-life laws to take effect while we continue to vigorously defend the constitutionality of these important protections for women and unborn children across the Commonwealth.”

The lawsuit was brought by the American Civil Liberties Union (ACLU), filed on behalf of Kentucky abortion providers on June 27, just days after the U.S. Supreme Court overturned Roe.

The Kentucky trigger abortion ban was passed in 2019. The ban doesn’t provide exceptions for rape or incest. It has an exception that lets the doctor perform the abortion if it is deemed necessary to prevent the death or injury of the mother. The ban took effect after the Supreme Court on June 24 overturned Roe v. Wade, the ruling that had largely made abortion legal in the country and overrode state laws for nearly five decades.

Planned Parenthood and EMW Women’s Surgical Center, the state’s only two abortion providers, halted their abortions, but a Louisville judge—Jefferson County Circuit Judge Mitch Perry—stopped the enforcement of the law in a temporary restraining order on June 30.

The ACLU of Kentucky on Aug. 1 announced on Twitter after the latest Kentucky Court of Appeals ruling, “We will appeal to the Kentucky Supreme Court tomorrow.”

It added that the EMW Women’s Surgical Center will stop providing abortions “for the time being.”

Separately, Kentucky residents are set to vote in November on whether to amend the Kentucky constitution to say that nothing in it creates a right to abortion, or provides for government funding for abortion.