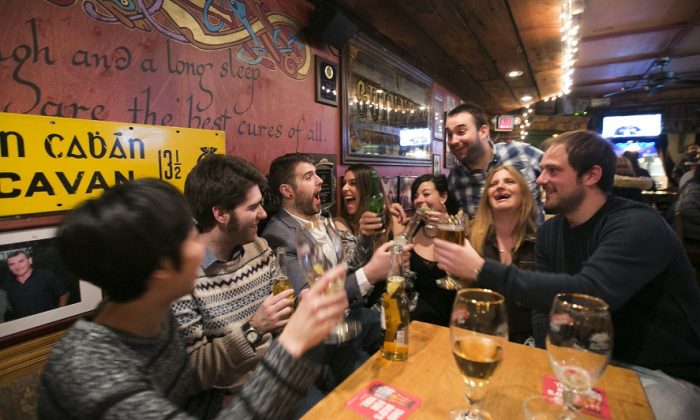 Dissenting judges in the case argued that the court’s ruling in effect gave a license to individuals to abuse alcohol without facing legal consequences, and seemed troubled that the court majority appeared to recognize alcoholism as an illness.

Virginia law makes it a crime for individuals designated as habitual drunkards to have alcohol but doesn’t define what a habitual drunkard actually is. Instead, it allows the courts to enter civil interdiction orders against such individuals that prevent them from buying alcohol, subject to a penalty of a year in jail. In court, Virginia argued that a “habitual drunkard” is someone who “causes harm to other persons or their community” by his or her repeated drunkenness.

Virginia and Utah are the only states with such laws, according to the Legal Aid Justice Center of Charlottesville, Virginia, which, along with Skadden, Arps, Slate, Meagher, and Flom, filed the original class action on behalf of the homeless alcoholics. They argued that the state statute unfairly singled out their clients for incarceration based on their medical condition (alcoholism) and their homeless status, contrary to the Eighth and 14th amendments to the U.S. Constitution.

The 4th Circuit agreed. In an 8–7 ruling on July 16, in a case called Manning v. Caldwell, they found the term “habitual drunkard” to be “unconstitutionally vague” because it failed to provide fair notice to the public “imposing criminal penalties on an untold number of chronically ill citizens.”

The vague words in the criminal statute “invite arbitrary enforcement,” allowing the government to “target persons, including the homeless, that state officials deem undesirable.” The court struck down the state law for “criminalizing” addiction.

The court found that the statute punished individuals for who they are rather than what they have done. “What the Eighth Amendment cannot tolerate is the targeted criminalization of otherwise legal behavior that is an involuntary manifestation of an illness.”

As a result of the ruling, “the government will not be compounding their problems by subjecting them to incarceration based on the arbitrary enforcement of ambiguous laws or, at best, the targeted criminalization of their illnesses.”

“It is clear that the Court understood the heart of the issues—that the Constitution cannot allow for the criminalization of illness and homelessness,” said Elaine Poon of the Legal Aid Justice Center. “We look forward to telling our clients about this victory, so that they can pursue their lives without the constant fear of arrest and prosecution.”

But a passionate dissenting opinion written by Judge J. Harvie Wilkinson III took the court majority to task for determining “that addiction gives rise to an Eighth Amendment right to abuse dangerous substances without the imposition of any criminal sanctions.”

“As my colleagues apparently see it, consuming alcohol, even by those with a documented history of alcohol abuse, is just not the sort of conduct that warrants criminal sanctions. Given the comprehensive body of research pointing to the harms of alcohol abuse, I cannot agree,” Wilkinson wrote.

The majority ruling has “staggering” implications, the judge wrote, because it prevents the state from dealing with the consequences of alcohol-related violence, which “fall hardest on the most vulnerable.”