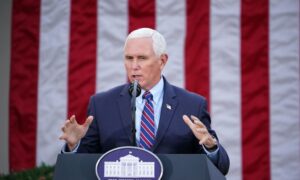 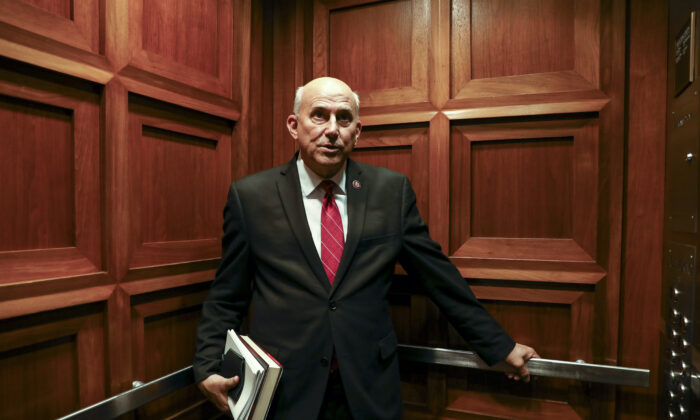 A federal appeals court has dismissed a lawsuit filed by Rep. Louie Gohmert (R-Texas) and other Republicans seeking clarity on Vice President Mike Pence’s authority in determining which Electoral College votes to count during the Jan. 6 congressional joint session.

The power of Pence’s role as the president of the Senate to count or reject electoral votes has been disputed.

In an unsigned decision, a three-judge panel of the U.S. Court of Appeals for the Fifth Circuit on Jan. 2 affirmed a lower court decision to throw out the case that aimed to prevent Democratic presidential nominee Joe Biden from being declared the winner on Jan. 6 until a slew of election irregularities and fraud allegations is transparently and independently resolved.

The lower court judge, U.S. District Judge Jeremy Kernodle, on Jan. 1 ruled that the Republican plaintiffs lacked standing, or the legal right, to bring an action that would prevent Pence from potentially confirming Biden’s electoral victory. Kernodle found that Gohmert couldn’t show a legally recognizable injury to support standing, while the other plaintiffs identified an injury that could not be linked to Pence.

“We need say no more, and we affirm the judgment essentially for the reasons stated by the district court,” the panel wrote in their ruling (pdf). “We express no view on the underlying merits or on what putative party, if any, might have standing.”

In their suit, Gohmert and other Republicans argued that the U.S. Constitution outlines the protocol for when alternate slates of electors are presented to the president of the Senate. They say the president of the Senate has “exclusive authority and sole discretion under the 12th Amendment to determine which slates of electors for a state, or neither, may be counted.”

On Dec. 14, Republican electors in seven states cast alternate votes for President Donald Trump, setting up a new challenge for Congress for when it counts the electoral votes.

Responding to the claims, Pence’s lawyer from the Justice Department told the court that the vice president was not the proper defendant to the lawsuit.

“These plaintiffs’ suit is not a proper vehicle for addressing those issues because plaintiffs have sued the wrong defendant,” the lawyer wrote. “The Vice President—the only defendant in this case—is ironically the very person whose power they seek to promote. The Senate and the House, not the Vice President, have legal interests that are sufficiently adverse to plaintiffs to ground a case or controversy under Article III.”

This comes as Republican lawmakers from both houses of Congress are preparing to challenge electoral votes cast for Biden. On Jan. 2, a group of 11 Republicans, led by Sen. Ted Cruz (R-Texas), announced their intention to join Sen. Josh Hawley (R-Mo.) to object to Biden votes from several contested states.

The lawmakers are expected to face an uphill battle, with critics arguing that the strategy of adopting the alternative Republican electoral votes is a long shot, as many of the alternative votes haven’t been authorized by state officials.

Objections to any state’s votes during the joint session must be made in writing by at least one House member and one senator. If the objection for any state meets this requirement, the joint session pauses and each house withdraws to its own chamber to debate the question for a maximum of two hours. The House and the Senate then vote separately to accept or reject the objection, which requires a majority vote from both chambers.

The efforts have been criticized by Democrat and Republican colleagues, who say such actions could threaten the democratic Republic. Meanwhile, proponents of the challenge say it is needed to protect election integrity and ensure the legitimacy of any subsequent administrations.

Pence, who will be presiding over the joint session, said on Jan. 2 that he “welcomes efforts” by lawmakers to challenge electoral results, according to a statement sent by his chief of staff to reporters.