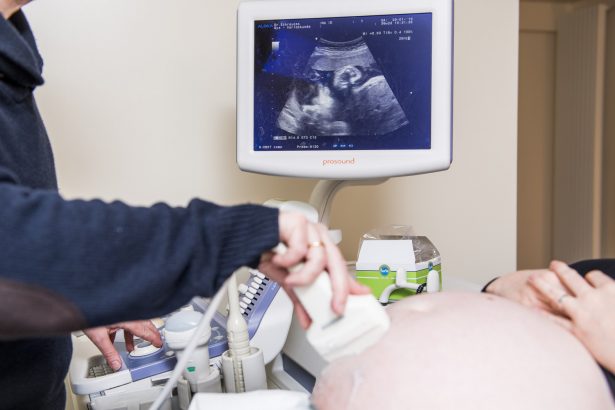 A doctor performs an ultrasound on a pregnant woman during her visit to a gynecologist. (Jennifer Jacobs/AFP/Getty Images)
US News

A federal appeals court has denied Mississippi’s request to review a ruling that stopped the state from implementing a law that banned abortions after 15 weeks.

A three-judge panel of the U.S. Court of Appeal for the Fifth Circuit upheld a lower court’s decision to strike down a law, the Gestational Age Act or House Bill 1510, that provides that an abortion cannot be performed if the gestational age of the unborn child is found to be greater than 15 weeks. This prompted the state to appeal the decision to the full panel of the appeals court, but was rejected in an order on Friday.

HB 1510, which was signed into law in 2018, aimed at protecting the life of unborn children, as well as women’s health. Following the bill’s passage, Jackson Women’s Health Organization, the only licensed abortion facility in Mississippi, and one of its doctors, Dr. Sacheen Carr-Ellis, sued the state to challenge the law.

The district court found in favor of the clinic and doctor (pdf), ruling that HB 1510 was unconstitutional because “viability marks the earliest point at which the State’s interest in fetal life is constitutionally adequate to justify a legislative ban on nontherapeutic abortions.”

The Fifth Circuit came to a similar conclusion, saying that “[s]tates may regulate abortion procedures prior to viability so long as they do not impose an undue burden on the woman’s right, but they may not ban abortions.”

“The law at issue is a ban. Thus, we affirm the district court’s invalidation of the law, as well as its discovery rulings and its award of permanent injunctive relief,” the court found.

The Mississippi law is one of the many state laws passed in recent years imposing restrictions on abortions. Many opponents of these laws have widely viewed these laws as a threat to the right to abortion, with many women’s groups, abortion clinics, and civil rights groups bringing lawsuits challenging these laws.

One such case has reached the Supreme Court and is expected to be heard in March. The case asks the court to decide whether an unconstitutional burden has been placed on women seeking abortions after Louisiana passed a law requiring doctors performing abortions to have admitting privileges within 30 miles of where the procedure was taking place.

The case may deal with specific regulations on abortion clinics, but many pro-life and pro-abortion activists are monitoring the case to see the U.S. Supreme Court’s attitude toward abortion, especially after the appointment of President Donald Trump’s two top court justice picks.

Following the Fifth Circuit’s decision, former Mississippi Governor Phil Bryant (R) vowed to appeal the case to the Supreme Court. “We will sustain our efforts to fight for America’s unborn children. Mississippi will continue this mission to the United States Supreme Court,” he said.