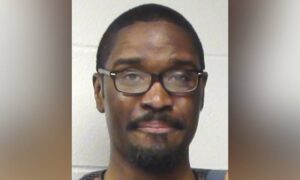 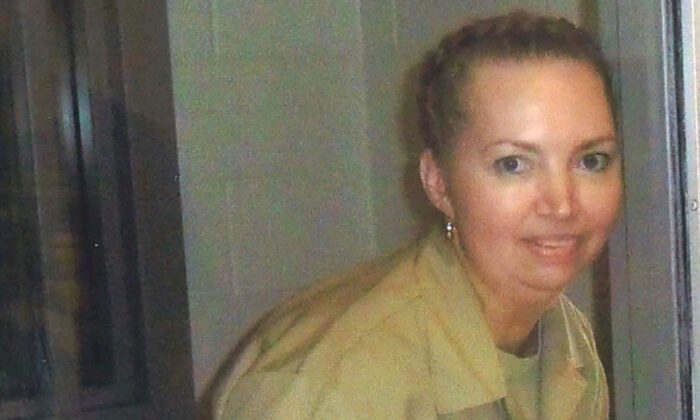 Lisa Montgomery, a federal prison inmate, at the Federal Medical Center Fort Worth in an undated photograph. (Courtesy of Attorneys for Lisa Montgomery via Reuters)
Crime and Incidents

A federal appeals court has cleared the way on Friday for the only woman on federal death row to be executed.

A three-judge panel on the U.S. Court of Appeals for the District of Columbia Circuit concluded that a lower court judge had acted illegally when he vacated convicted murderer Lisa Montgomery’s execution date.

In an order last week, U.S. District Court Judge Randolph Moss ruled that the Justice Department had unlawfully rescheduled the woman’s execution. He also vacated an order from the director of the Bureau of Prisons (BOP) that had set Montgomery’s execution date for Jan. 12.

The appeals court’s order has the effect of reinstating the Jan. 12 execution date.

On Nov. 23, the BOP announced it was rescheduling her execution to Jan. 12.

Moss concluded that the BOP could not reschedule Montgomery’s execution until at least Jan. 1, when the stay order expires. But the appeals panel on Friday disagreed.

Meaghan VerGow, an attorney for Montgomery, said her legal team would ask for the full appeals court to review the case.

“The federal government must be required to follow the law in setting any execution date, as the district court correctly held. Lisa Montgomery should not be executed on January 12,” VerGow said in a statement.

“Given everything we know about Lisa Montgomery’s mental illness, her lifetime of horrific torture and trauma, and the many people in positions of authority who could have intervened to save her but never did, there can be no principled reason to carry out her execution.

“The government should stop its relentless efforts to end her life, and President Trump should commute her sentence to life without possibility of release.”

Montgomery, now 52, was convicted in 2007 for killing then-23-year-old Bobbie Jo Stinnett, who was eight months pregnant.

The murder took place in Skidmore, Missouri, in December 2004. Montgomery used a rope to strangle Stinnett, and then cut the baby girl from the womb with a kitchen knife, authorities said. Montgomery then took the baby with her and claimed it was her own, according to prosecutors. The baby survived the attack.

Her lawyers said that Montgomery had long suffered from “brain damage and multiple mental illnesses that cause her to dissociate from reality.”

“She endured horrific trauma throughout her life at the hands of her stepfather,” her lawyers said in a statement.

The Justice Department, under then-Attorney General William Barr, resumed federal executions earlier this year after a pause of 17 years.