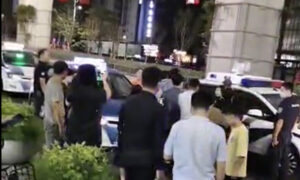 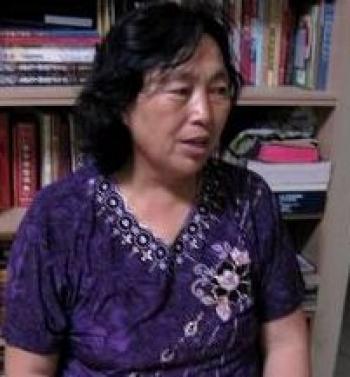 By Gu Qing'er
Print
A petitioner in China committed suicide say police—yet her family are convinced she was beaten to death in custody after seeing her body covered in bruises. Following a month-long search to find her, Li Shulian’s family received news on Oct. 3 that she had died.

Li’s daughter told Lihong Wang, a Beijing human rights activist, that her mother was badly bruised and was kept in a small basement room for 30 days. The time of her death is still unclear but occurred during the Chinese Moon Festival—traditionally a time for families to reunite.

In an interview with The Epoch Times, Wang said that around 6 a.m. on Oct. 3, Li’s family received news that she was dying. However, that afternoon Wang received a message from the family that Li had died before they had a chance to see her. Local authorities kept the family under house arrest and prevented them from seeing her body until the following day.

After being permitted to examine her body, they discovered that Li was covered with bruises. Based on this evidence, the family contends that she must have been beaten to death. At present, Li’s husband and son are under tight surveillance by local authorities and are cut off from contact with the outside world. Li’s daughter, however, has managed to escape.

“She didn’t look like she died from hanging,” said Li’s sister, a doctor. “She is 5’4” tall and the ceiling in that room was quite low. Her body was so badly beaten.”

Years ago, Li was injured at work and got laid off. To make a living, she opened two stores in Longkou City’s eastern market selling curtains, watches, clocks, jewelry and leather jackets. After refusing to pay $6,500 to bribe local officials in April, 2001, Li’s stores were forced to close and police seized tens of thousands dollars in inventory.

Soon after, Li’s mother was beaten to death.

Li began what would become a nine-year-long petition against this injustice, pouring her entire savings into the endeavor. In her efforts to appeal her case, Li was detained eight times for a total of 87 days.

On Sept 3, Li went to the Demao police station in Beijing’s Daxing District to request a temporary residence permit. In response, the police station contacted her home office in Beijing and had her taken away. Her family lost contact with her and began a search that ended with the recent news of her death.

Accompanied by Lihong Wang, Li’s husband went to the Demao police station to find his wife. According to police records, she was taken by Tao Qu and Guoqing Xu—staff of Longkou city’s Beijing office. However, Longkou City, Yantai City and Shandong Province Appeal Offices all deny that they had her in their possession.

The Epoch Times contacted the Demao police station, as well as the Shandong Province and Longkou City Appeal Offices, but no one would repond. Instead, an official referred inquiries into the case to the Propaganda Department.