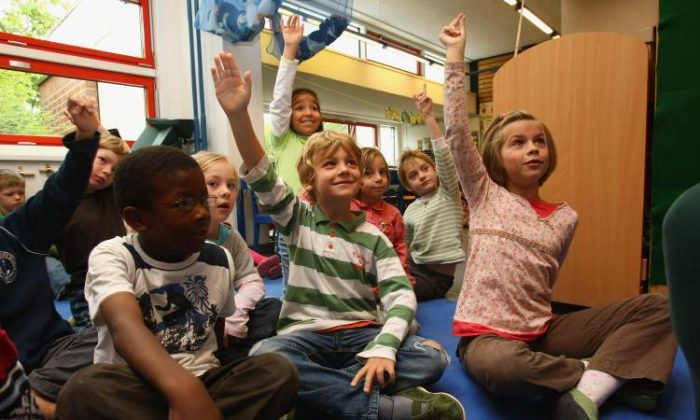 REGINA—A lawyer for the Saskatchewan government has told the province’s top court that the government interprets religious neutrality as providing funding for schools without requiring a religious test.

Tom Irvine presented the province’s case Tuesday in its appeal of a judge’s ruling that prohibits funding of non-Catholic students attending separate schools.

A judge ruled in 2017 that provincial funding for non-minority faith students attending separate schools infringed on equality rights and religious neutrality. Justice Donald Layh said the key issue was a policy of funding separate schools based solely on student enrolment without regard to students’ religion.

Irvine said that ruling means the government is required to ask families and students attending separate schools what their religion is and to consider religion when it comes to distributing funds.

“That is not religious neutrality,” he said.

Because school attendance is closely tied to access to funding, the ruling would result in religious segregation, Irvine argued.

“This conception of religion neutrality would require the government to restrict access to a publicly funded school based solely on religion,” he said. “The government should not be asking people their religion as a condition of accessing a public service.”

The Appeal Court is set to hear arguments over two days.

The dispute began in 2003 when the Yorkdale School Division, now called the Good Spirit School Division, shuttered its kindergarten-to-Grade 8 school in the town of Theodore because of declining enrolment. The division planned to bus its 42 students to the community of Springside, 17 kilometres away.

Good Spirit School Division filed a lawsuit in which it argued that the new school division was not created to serve the community’s Catholics, but rather to prevent students from being bused to a neighbouring town.

The 2017 ruling caused concern among parents and with former premier Brad Wall, who at the time warned it could lead to over-populated public schools and possibly empty some Catholic schools.

Dwight Newman, who teaches law at the University of Saskatchewan, says he wouldn’t be surprised if the case ends up in the Supreme Court.

“These questions on how to read religious freedom today, alongside other parts of the Constitution, are a challenging legal question.”

He says the province wants to win in court, so it doesn’t need to rely on the notwithstanding clause in the Charter of Rights and Freedoms to keep funding students who attend Catholic schools, regardless of their religion.

The Saskatchewan Catholic School Boards Association believes the charter is being used to force the government to discriminate based on religion.