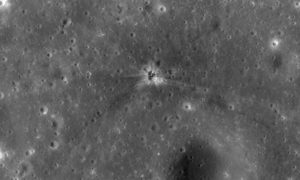 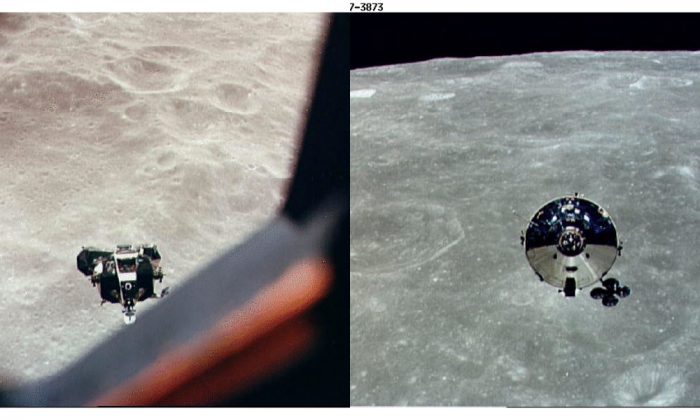 Apollo 10 Astronauts Heard ‘Space-Type Music’ on Dark Side of the Moon: Reports

Astronauts on Apollo 10 claimed to have heard “music” on the far side of the Moon during the 1969 mission, according to declassified transcripts.

The eerie sounds will be the focus on an upcoming episode of the Science Channel’s “NASA’s Unexplained Files” series, the Huffington Post reported on Feb. 20.

Apollo 10 was the fourth manned mission in the U.S. Apollo space program, and it was the second to orbit the Moon.

The recordings recovered from Apollo 10 were declassified in 2008.

Apollo 10 was floating just above the Moon’s surface when the crew heard a “whistling sound.”

According to the upcoming Science Channel’s program, the crew said it could not have come from a manmade source because there is no radio signal on the far side of the Moon, meaning NASA couldn’t communicate with the Apollo 10 mission.

Al Worden, who was an astronaut with Apollo 15, said in the video, “There are recorders that record whatever’s going on on the back side, and then you do a data dump when you come around the front side, and Houston or mission control then can see what happened when you were around the back side.”

The so-called “music” lasted for about 1 hour. “It’s unbelievable! You know?” one of the spacemen say in the recording.

“The music even sounds outer-spacey, doesn’t it?” added one of the astronauts.

“You hear that? That whistling sound? Wooooo?”

“Sounds like … you know, outer-space type music,” another said.

“Shall we tell [NASA] about it?” an astronaut asks.

“I don’t know,” another answers. “We ought to think about it.”

The whistling sound lasted for nearly an hour when they were out of radio communication with NASA. The recordings were later sent back to Mission Control where they were transcribed, archived, and classified.

According to NASA, Saturn produces “intense radio emissions” that are “closely related to the auroras near the poles of the planet.”

The moon, however, doesn’t have a magnetic field.

But some technicians have speculated the dark side of the moon “music” might have came from interference from VHF radios on the command module and lunar module interacting with one other, researcher and author Andrew Chaikin has theorized, according to Fox News.

Worden doesn’t agree with their theory.

“You don’t hear about anything like that until years after the incident occurs, and then you kind of wonder, because it’s such an old memory of those things that you get concerned about if they were making something up or was there something really there? Because you never really know,” Worden elaborated, speaking with The Huffington Post.

“If you’re behind the moon and hear some weird noise on your radio, and you know you’re blocked from the Earth, then what could you possibly think?” Worden added.

“We’d had a lot of incidents where guys who flew in space saw and heard things that they didn’t recognize, and you wonder about all of that. I have a very open mind about what could’ve happened. It’s somebody’s hearsay evidence—it’s only a visual or audio event, which is hard to pin down. Recollection is one thing, but actual proof is something entirely different.”

The U.S. Lunary and Planetary Institute has a rundown of the Apollo 10 mission:

The purpose of the mission was to confirm all aspects of the lunar landing mission exactly as it would be performed, except for the actual landing. Additional objectives included verification of lunar module systems in the lunar environment, evaluation of mission-support performance for the combined spacecraft at lunar distance, and further refinement of the lunar gravitational potential. …