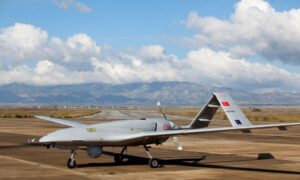 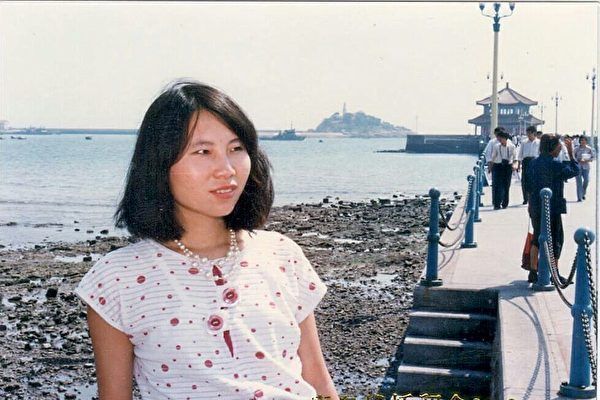 Vancouver resident Sun Qian is one of more than 10 Falun Gong practitioners with Canadian connections illegally detained or incarcerated currently in China. While at the APEC summit in New Guinea this weekend, Canadian Falun Gong adherents want Prime Minister Justin Trudeau to intercede with Chinese leader Xi Jinping on behalf of their imprisoned fellow adherents in China. (The Epoch Times)
Canada

While at APEC, Canadian Falun Gong adherents want Trudeau to intercede with Xi Jinping for their imprisoned fellow adherents in China
By Joan Delaney
biggersmaller
Print

With Justin Trudeau heading to Papua New Guinea for the APEC summit this weekend, Falun Gong practitioners in Canada are asking the prime minister to intercede with Chinese leader Xi Jinping on behalf of their imprisoned fellow practitioners in China.

Canadian citizen Sun Qian has been detained in Beijing since February 2017. In addition, there are currently 10 family members of Canadians imprisoned in China because they practise Falun Gong, a traditional Chinese spiritual discipline.

The incarcerations are part of a far-reaching campaign of persecution launched in 1999 against Falun Gong adherents across the country, which has seen tens of thousands thrown in jails, labour camps, and brainwashing centres and resulted in unknown numbers being tortured to death.

The Falun Dafa Association of Canada is calling on Trudeau to urge Xi to free all practitioners unconditionally and to bring an end to the persecution.

“At the APEC summit, please help give voice to their concerns about Ms. Sun and the 10 Canadians’ family members incarcerated for their belief in Falun Gong. Please also urge the Chinese leader to end the persecution of Falun Gong. Your strong voice will make a difference in supporting Canadians’ desire to engage in a healthy relationship with China and the Chinese peoples’ wish for their country to become a more peaceful, free, and lawful society.”

Sun, a 52-year-old Chinese-Canadian businesswoman from Vancouver, is being held at a detention centre in Beijing, where she has endured abuse, torture, and brainwashing sessions with the aim of forcing her to renounce her faith in Falun Gong. The Epoch Times has previously reported that due to pressure from the authorities, Sun’s lawyers—11 in all—have stopped representing her.

Of the 10 family members of Canadians detained or imprisoned in China, sentences range between 2 and 13 years. Eight of the family members live in Toronto, one in Calgary, and one in Fort McMurray.

Falun Gong, also called Falun Dafa, is a holistic self-improvement practice that centres on the universal values of truthfulness, compassion, and tolerance. It swept China in the 1990s and by the end of the decade had an estimated 70–100 million adherents.

It’s non-political and was never a threat to the Chinese Communist Party (CCP). But fearful of its immense popularity, former Party leader Jiang Zemin launched his brutal campaign in July 1999 in an attempt to wipe out the practice.

“The persecution of Falun Gong is an illegal attack by the state that has been fuelled by hate propaganda, resulting in the horrific torture and killing of countless Chinese people for their belief in the principles of truthfulness, compassion, and forbearance,” said Li.

“The persecution has turned the nation’s morality upside down.”

To add insult to injury, investigators have found that large numbers of Falun Gong prisoners of conscience have died in the process of having their vital organs forcibly extracted to fuel China’s booming organ transplant industry.

This was described as “a new form of evil on the planet” by Winnipeg international human rights lawyer David Matas. In 2006, Matas and former cabinet minister David Kilgour were the first to alert the world that Falun Gong prisoners of conscience were being killed for their organs in China. In the years since, several books have been written and documentaries made that have shed more light on the atrocity. A February 2017 Freedom House report notes “credible evidence suggesting that beginning in the early 2000s, Falun Gong detainees were killed for their organs on a large scale.”

Meanwhile, the CCP’s overall campaign against Falun Gong continues. The 2017 annual report of the U.S. Congressional-Executive Commission on China states that Falun Gong practitioners continue to be subjected to “extreme physical and psychological coercion” and “coercive and violent practices.” These include electric shocks, forced feeding, beatings, forced drug administration, sexual abuse, and other forms of torture.

“The tens of millions of Falun Gong practitioners in China today live each day at risk of being taken away by Chinese authorities to be jailed, tortured—or worse,” Li said in his letter to Trudeau.