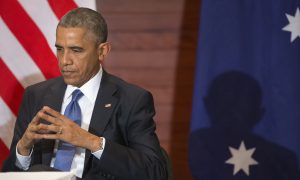 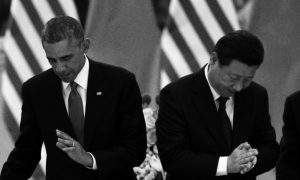 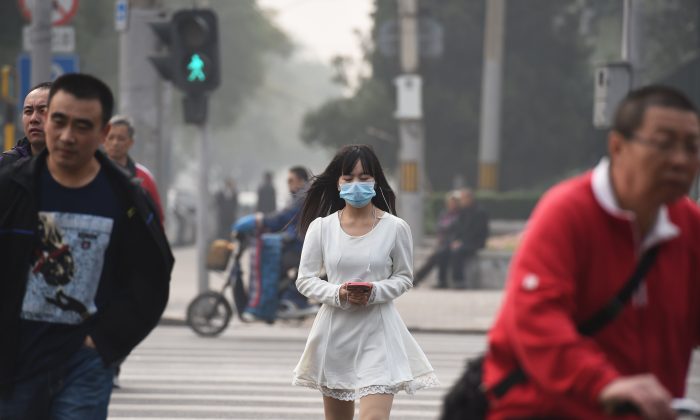 A woman wears a mask on a polluted day in Beijing on Oct. 20, 2014. Beijing resumed normal life after the APEC meetings closed on Nov. 12, 2014, as detained petitioners were released, heat was supplied, factory operations resumed, and car restrictions were lifted, and so on. (Greg Baker/AFP/Getty Images)
China

The most significant sign of APEC’s end is the release of petitioners detained before and during the summit, according to the website of Human Rights Campaign in China (HRCC).

According to HRCC, massive numbers of petitioners who have called for the state’s attention to their grievances were illegally detained in Beijing under the “maintaining social stability” policy. By getting the petitioners off the streets, Beijing authorities wanted to avoid potential trouble as well as the bad public relations of desperate people being visible seeking help.

Among those released on Wednesday was Chen Yongcheng, a blind man was says he was held 21 days in illegal detention. Chen, from Shanghai, told HRCC he went to Beijing before the 4th Plenary meeting of the Chinese Communist Party in late October to seek subsidies due him as a handicapped person—a longstanding grievance. Chen was escorted back to Shanghai and detained in a black jail—an off the books, illegal detention center—on Oct. 23.

Chen first petitioned for the benefits due him in 2002 when he received a certification of disability but failed to receive compensation from local authorities. Since then, he says he has been illegally detained by police over a dozen times to stop him from presenting his grievance.

Another over 50 petitioners were detained in an illegal detention center in Kaibo Village in Shanghai on Wednesday, the report says.

A number of restrictions that have brought much inconvenience to daily lives of residents in Beijing and near regions have also ended as APEC closes.

Many places in Beijing whose heat was turned off in an attempt to reduce pollution have had the heat turned back on as the temperature in Beijing dropped.

For instance, the Beijing Forestry University published a notice on the microblog platform Weibo on Wednesday saying the school will start supplying heat on Nov. 13. A student with Internet username “Dreaming Ellie” said, “Congratulations from trembling sister in dorm building No.5! Finally the room temperature can be higher than 12 Celsius [53.6 Fahrenheit].”

The precious “APEC blue,” a phrase created by Beijing residents to describe the rare blue sky during APEC summit, may not last long, as many factories shut down during APEC will resume operation soon.

Hours of traffic jams in Beijing will also resume as the ban on odd or even car plates on alternative days will end on Nov. 13, which will allow millions of more cars to drive in the city. To ease traffic and lower air pollution, Beijing issued the restrictions from Nov. 3 to 12.

Many Beijing residents expressed their concern that the air pollution will come back soon after APEC. “Farewell APEC, but I don’t want to say goodbye to APEC Blue.” Beijing netuser CwangE commented.