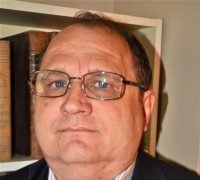 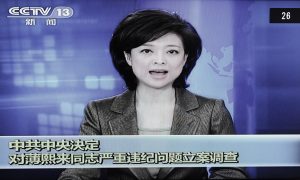 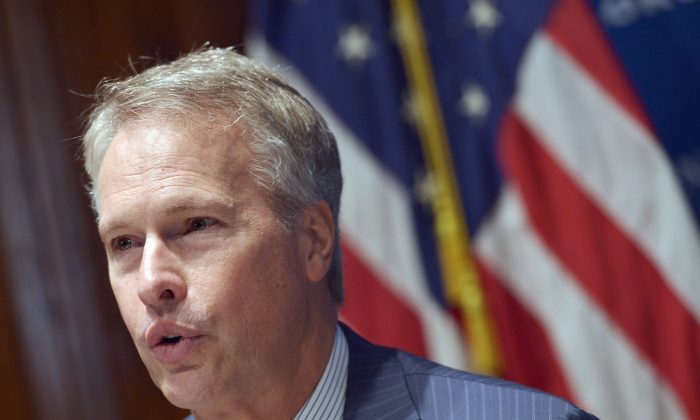 In a letter addressed to AP President and CEO Gary Pruitt and dated Dec. 19, a bipartisan group of 14 U.S. senators and representatives said that, unlike AP’s “independent journalism, Xinhua’s core mission is to shape public opinion in ways sympathetic” to the Chinese Communist Party (CCP).

The letter was first publicized in a Washington Post report.

Aside from mentioning that Xinhua was recently compelled by the U.S. Department of Justice to register as a foreign agent with the federal government, the letter quotes a March 2018 report on Xinhua’s role as “an agent of influence” in America, by the U.S. think tank Project 2049 Institute.

Congress members then cited a Nov. 25 report by Xinhua stating that it and AP had signed a memorandum of understanding (MOU) to further enhance “mutually beneficial cooperation,” noting that the two media outlets have already partnered in areas such as applying artificial intelligence to media coverage.

The AP is a not-for-profit news cooperative—whose members are U.S. newspapers and broadcasters—that provides news coverage to more 15,000 media outlets around the world, according to its website.

The news of such a partnership has concerned the lawmakers about the potential effect on free press in the United States.

“When traditional media organizations treat state-run propaganda outlets like Xinhua as legitimate partners, it raises important questions. Such arrangements may boost the reach of outlets like Xinhua and open the door to propaganda unwittingly coloring domestic reporting, particularly with respect to coverage of China and its activities,” the lawmakers wrote in the letter.

They added that financial arrangements “with the Chinese government” could influence the ability of media outlets to report independently on China.

The lawmakers sought more information on the MOU, requesting to see the exact text of the document. They also asked AP whether it had “institutional protocols” in place that would “guard against Xinhua influencing the AP’s reporting?” and whether Xinhua staff would have access to “sensitive information that may be in the AP’s possession?”

In a request for comment, director of media relations at AP, Lauren Easton, wrote in an email: “Neither Xinhua nor any other entity has any influence whatsoever over AP’s journalism, its editorial content or anything else.” She also said Xinhua doesn’t have any access to “proprietary information belonging to AP.”

Regarding the MOU, Easton responded that it was an update of an agreement signed with Chinese state media in 1972 in order for AP to operate inside China. “That agreement has no bearing on AP’s independence, editorial or otherwise,” she said.

Asked about whether the agreement touched on sharing editorial content, Easton said the two organizations have “exchanged a few photos and text stories each day.”

She added that the MOU provided “the possibility for future commercial interactions, similar to agreements AP has with other state news agencies around the world. It does not include or envision any sharing of artificial intelligence information, or any other technology.”

Earlier this year, AP also started a partnership with China’s state-run broadcaster CCTV, giving clients of its video wire service access to CCTV-produced video footage. In a March press release, AP touted the “quality and depth” of CCTV’s video news coverage, such as footage of Trump’s visit to China.

Xinhua is directly guided by the Propaganda Department of the CCP to promote its agenda.

On paper, the central government only allows Chinese news outlets to get their foreign news coverage from Xinhua—which acts as a wire service for them, according to the New Zealand-based China scholar Anne-Marie Brady, as she wrote in her 2008 book on China’s propaganda apparatus, “Marketing Dictatorship.”

But Brady explains that Xinhua journalists aren’t just foreign correspondents. They also act as intelligence agents, producing classified reports on the latest happenings in foreign countries, for the Party’s senior leadership only.

In recent months, the Chinese regime has also sought to better shape international perceptions of China through its state media.

That may be why Xinhua wants to legitimize its news coverage by boasting of its partnership with AP. In May 2015, Xinhua’s international arm, China Xinhua News Network Corporation, ran a segment about Xinhua President Cai Mingzhou’s visit to the AP headquarters in New York City, where he met with Pruitt. The segment emphasized the two outlets’ “close partnership over the years” and willingness to “share experiences.”