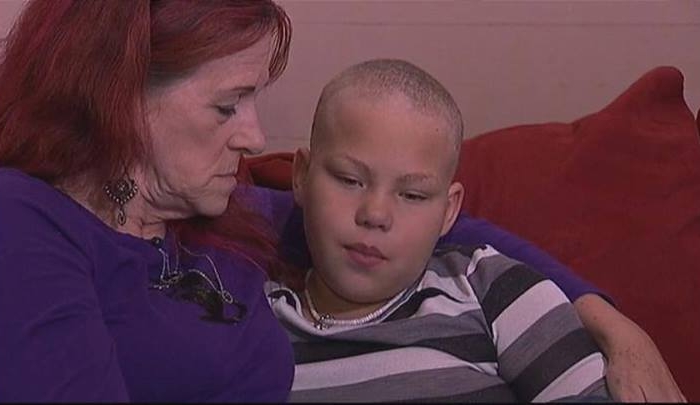 Aolani Dunbar, a eight-year-old student at Roopville Elementary School, had her hair pulled so hard that her scalp ripped.

Dunbar was severely bullied by classmates who pulled her hair extensions, and had to shave her head to avoid infection.

Classmates would pull on her hair for two straight weeks after she got hair extensions because she wanted long hair she could brush like other girls, her grandmother Dorris Bearden told WSB-TV.

“She steps in the door of that school and the first thing they do is attack her and start ripping her hair out,” Bearden said.

Dunbar suffers from post traumatic stress disorder, which may have prevented her from telling adults sooner.

Bearden was shocked when she saw what had happened.

“When I saw just the horror of it, I just started to cry,” said Bearden. “I cried as I unbraided her hair and the hair fell out in my hands.”

“It’s something that could scar for life,” she added.

Other than one student receiving an in-school suspension, no punishment has been doled out to any of the students involved.

Some people who have learned about the situation on Facebook have shaved their hair so that she doesn’t feel alone.