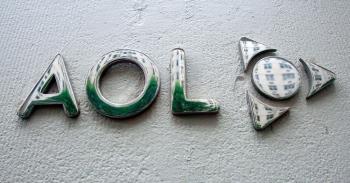 The AOL logo is displayed in front of its corporate headquarters on Broadway in New York City. As a part of its spinoff from parent Time Warner, AOL plans to lay off roughly one-third of its employees. (Mario Tama/Getty Images)
Business

AOL to Lay Off One-Third of Its Employees

By Antonio Perez
Print
NEW YORK—Struggling Internet search and marketing company AOL may lay off one-third of its total workforce related to its upcoming spinoff from parent Time Warner Inc., the company told regulators this week.

In a filing with the U.S. Securities and Exchange Commission (SEC), Time Warner said that it had informed its employees and the action will be effective as of Dec. 4. AOL seeks to terminate more than 2,300 of its 6,900 employees through buyouts at first, and then resort to involuntary layoffs if the number falls short.

The move aims to cut costs by about $300 million annually, the company said in its SEC filing.

After years of struggling to compete in the Internet search and advertising market, AOL announced that it would separate from its parent Time Warner. AOL (at the time called America Online) acquired Time Warner in the fated $106 billion merger in 2001, when AOL was a dominant Internet portal.

Former CEO Steve Case built the company to help new computer users get online via phone lines. At its peak, AOL boasted more than 30 million subscribers. But since 2002, it has seen its subscriber base shrink each quarter.

With the advent of high-speed Internet, Time Warner tried to shift AOL from a “dial-up” Internet service provider to a Web-based advertising platform. So far it has struggled to compete with the likes of Google Inc., Yahoo Inc., and Microsoft Corp.

Time Warner CEO Jeffrey Bewkes is trying to move the media company away from the Internet business to focus on its strengths in media and entertainment.

According to AllThingsDigital, AOL has hired consultants to explore a sale of its ICQ instant-messaging service. Sources told the online magazine that a sale likely won’t occur until after AOL’s initial public offering next month.

AOL hopes to fetch $300 million for the business.