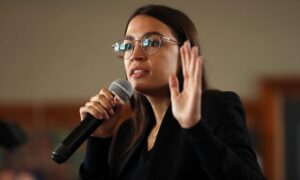 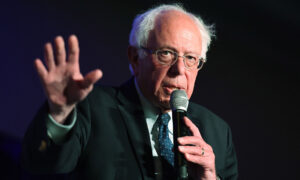 Bernie Praises Cuba: Will He Emulate What He's Long Admired?
0 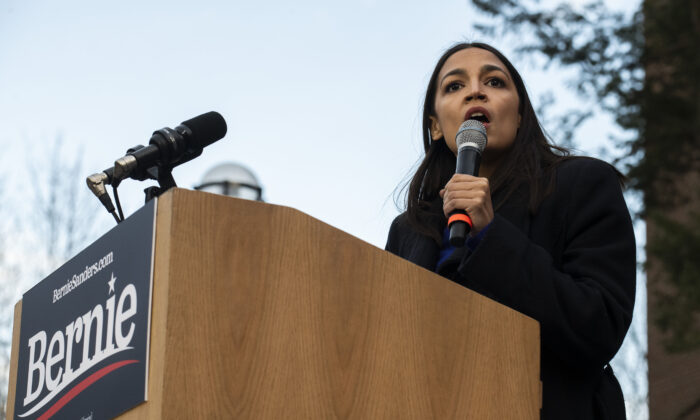 AOC Must Choose Between the Future and the Political Abyss

Joe Biden now commands a nearly insurmountable lead in Democratic delegates, thanks to a multiracial coalition including the white working-class voters Sanders believed he’d attract. Biden also has suburban women, whom Sanders hasn’t even tried for.

This whole mythology of a socialist uprising by people of color, blue-collar workers and a wave of millennials has fallen apart. It isn’t that many other Democrats don’t like some of Sanders’ proposals. Rather, they understand that their issues would be better addressed by Biden for the simple reason that Biden could defeat President Donald Trump and Sanders could not.

Sanders has also lost friends by attacking his Democratic hosts more than his Republican opponents. AOC has joined in, devoting much energy to challenging moderate Democrats who had fought their way into Congress in hard-to-win districts.

Fortunately, her candidates lost. The most prominent battle was a primary challenge by AOC’s “Justice Democrat” candidate Jennifer Cisneros against Rep. Henry Cuellar in Texas. Cuellar and his family have been fixtures in this socially conservative district, which includes much of the Rio Grande Valley. He won, though narrowly.

The Justice Democrats have a nearly unblemished record of defeat. In the 2018 midterms, 16 candidates tied to Justice Democrats lost. None won. Bernie’s Our Revolution movement backed 22 lefty Democrats. Twenty-two lost.

AOC is a smart woman. She couldn’t help but notice that, her presence at Sanders rallies notwithstanding, the sea of faces were almost all white—even in a mostly black and Latino neighborhood near her congressional district in Queens and the Bronx.

And she surely knows that her upset 2018 primary win against Democratic fixture Joe Crowley came courtesy of newly arrived college-educated whites in her district. Black and Latino voters in AOC’s own Bronx neighborhood overwhelmingly supported Crowley.

Why am I bothering to advise AOC, when she can be so irritating? Because I retain a spark of affection for the charismatic young woman. She is street savvy and a fast learner. She has a sense of humor and is a superb communicator. She also has a good life story, having grown up in a working-class Puerto Rican family. She can repeat her bio a million more times. (For the record, Cuellar came from even harder hard knocks; his father was a Mexico-born migrant laborer.)

As losers go, Sanders is pathetic. He’s now blaming his primary losses on the “venom” of the “corporate media.” He claims that Amy Klobuchar and Pete Buttigieg were forced by the “power of the establishment” to endorse Biden. As usual, he’s blaming rich people in general.

He’s even gone after Michigan Gov. Gretchen Whitmer for endorsing Biden. “Well, that wasn’t her thoughts when I came here to help her get elected,” Sanders griped. Sanders may have forgotten that he campaigned for the man who challenged (and nearly beat) Whitmer in the primary.

AOC would do best walking away from this car wreck. She should go forth, work with House Speaker Nancy Pelosi and stop trying to curb the careers of Democrats elected in districts far from her own. She doesn’t have to give up her political beliefs. She just has to stop being a constant pain in the butt for Democrats.

In terms of intelligence and energy, Ocasio-Cortez has the raw materials for national leadership. Does she want that? Or would she rather become a martyr for a movement in decline? I hope she chooses the future.