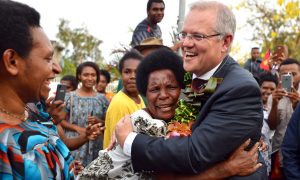 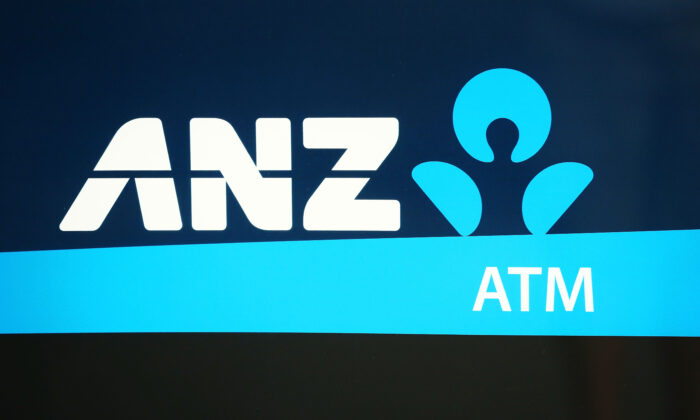 The ANZ logo is seen on an ATM machine on October 31, 2018 in Melbourne, Australia. ANZ has announced 2018 full year profits of $6.4 billion. (Scott Barbour/Getty Images)
Australia

ANZ will hold off paying shareholders an interim dividend as its first-half cash profit plunges 62 per cent on a $1 billion COVID-19 hit, and the prospect of more pain to come.

The big four lender on April 30 said it was deferring its first-half payout following guidance from prudential regulator APRA this month that banks and insurers should “seriously consider” doing so until the economic outlook is clearer.

A year ago ANZ made a payment of 80 cents per share, fully franked, and paid out the same amount in October – albeit at a lower franking rate – as it tallied the cost of low interest rates and refunds for past misdeeds.

Thursday’s dividend deferral comes as ANZ’s statutory net profit for the six months to March 31 fell 51 per cent to $1.54 billion on credit impairment charges of $1.674 billion.

This included increased credit reserves of $1.031 billion for COVID-19 impacts.

Rival lender NAB on Monday made a $807 million provision for COVID-19 losses and Westpac expects to take a $1.6 billion virus hit next week.

ANZ said valuation of investments in Asian associates was also impaired by $815 million during the half, largely due to the impact of the pandemic.

The bank’s Common Equity Tier 1 Ratio dropped from 11.5 percent to 10.8 percent but the bank assured investors it entered the COVID crisis in a “strong capital position”.

ANZ chief executive Shayne Elliott said it was a “reasonable” result but warned the coming months would be difficult as the COVID-19-battered economies of Australia and New Zealand take stock.

“The COVID-19 crisis has already evolved at such a pace it is difficult to predict how deep the economic crisis will be or how long the recovery will take,” Elliott said.

“It will be the most profound challenge some will experience in their lifetime.”

The bank has so far received about 105,000 requests for home loan payment deferrals on $36 billion worth of loans from customers struggling due to the COVID-19 crisis.

Repayment deferrals have been provided on $7.5 billion of lending to commercial customers, while more than $4 billion in lending had been pre-approved to 35,000 small business customers with existing transactional accounts at an average of $140,000 each.

ANZ chairman David Gonski said the decision to hold off paying a dividend was not a reflection of his bank’s financial health.

“The board agrees with the regulator’s guidance that deferring a decision on the 2020 interim dividend is prudent given the present economic uncertainty and that making a decision at this time would not have been appropriate,” Gonski said.

“This was a very difficult decision and the board considered all options available as we understand the impact this will have on those shareholders who rely on dividends.”

ANZ said it would “consider all factors” over the coming months and will continue to assess the evolving situation, including the severity of community lock-downs, before determining a final position on the interim dividend.

The financial sector as a whole was up 0.68 percent on Thursday.

NAB launched a $3.5 billion capital raising on Monday in a bid to buttress itself against a virus-driven economic downturn that more than halved its first-half cash earnings.

NAB, however, decided to slash its interim dividend to 30 cents instead of deferring it altogether.

ANZ’s net interest margin – income gained from a loan versus the cost of servicing it – dropped to 1.69 percent from 1.72 percent in September, and 1.79 percent in March 2019.

It booked customer remediation charges of $129 million for the first-half following the fees-for-no-service scandal.

ANZ also copped restructuring expenses of $105 million and $83 million of additional charges associated with the adoption of the new lease accounting standard in October 2019.