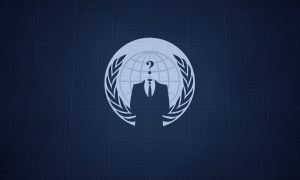 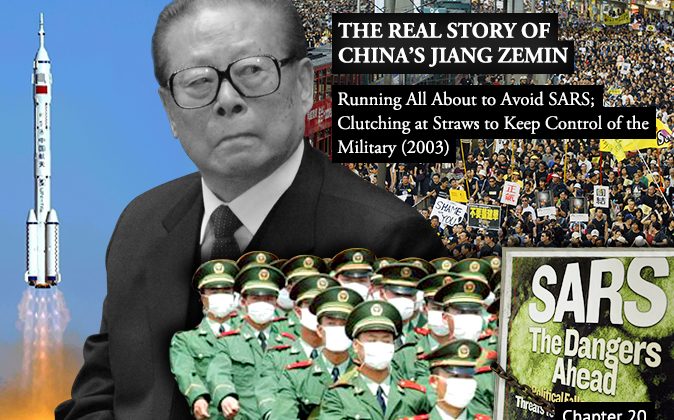 Anything for Power: The Real Story of China’s Jiang Zemin – Chapter 20

Running All About to Avoid SARS; Clutching at Straws to Keep Control of the Military (2003)
By Epoch Times Staff
biggersmaller
Print

Chapter 20: Running All About to Avoid SARS; Clutching at Straws to Keep Control of the Military (2003)

In 2003 the terrifying SARS epidemic swept the world.

Covering Up the Epidemic to Remain in Office

SARS first broke out in southern China in November 2002.

It happened during the CCP’s 16th Congress, and Jiang Zemin was concerned about keeping his position as Chairman of the Central Military Commission (CMC). The Chinese media were required to create a “good political atmosphere” and repeat Jiang’s slogan of “stability above all else.” The CCP’s internal memo circulated by the Propaganda Ministry explicitly said that SARS (Severe Acute Respiratory Syndrome), also called “atypical pneumonia,” was one of the things not to be reported on publicly.

All other Chinese-speaking communities in the world called the illness “Severe Acute Respiratory Syndrome” or SARS. Only the Chinese Communist Party termed it “atypical pneumonia,” presumably to reduce the level of panic among the public. But actual action should have been taken to truly lessen panic. Changing the name served only to lower people’s guard. When the public doesn’t have factual information, they are more likely to believe rumors and feel panicked. The bottom line is, this deceptive strategy—renaming the illness—was a product of Jiang Zemin’s policy of “stability above all else.”

Concealing the development of SARS was like an ostrich burying its head in the sand. Although a lid could be put on the news, that was not so with the virus itself. SARS spread quickly in Guangdong. Since the time when SARS broke out globally in February 2003, almost every day, media around the world reported new infections and deaths. Yet in China, the source of SARS, the official government media were silent.

In early March 2003, when the National People’s Congress and the Political Consultative Conference were meeting in Beijing, a shocking news story broke out. A medical doctor from Guangdong was so ill that he was taken to Hong Kong for treatment. He died shortly after arriving in Hong Kong. Hong Kong media suddenly realized that SARS was very close to them, but it was already too late. Since then, SARS began spreading in Hong Kong. Immediately the entire world panicked. Hong Kong is important for the global economy. It is also an important transportation center for people and goods. Every day, countless flights arrive at and leave from Hong Kong; countless people come and go. It was impossible to track and investigate everyone. Once someone was infected they could be tracked, but there was no way to find out about those whose cases of the illness were still latent. The World Health Organization requested that the CCP immediately report on the SARS infections and spread of it in China.

On March 26, Zhang Wenkang, who was Jiang Zemin’s private doctor, a member of the Jiang faction, and China’s Minister of Health, publicly acknowledged the spread of the illness for the first time under pressure from the WHO. However, he said that only 792 were infected in Guangdong, and that 31 died, while failing to mention the situation with the epidemic in other provinces. Hu Jintao attempted to require that local government officials report on the spread of the disease every day without delay, omission, or fraud. Zhang openly argued with Hu and said that China had no law requiring that the status of such illnesses be reported every day. Many observers believed that the intentional cover-up directly resulted in the disease spreading out of control. From Guangdong Province in southern China, SARS was spread to over 20 cities and provinces, including the capital Beijing and the central government compound of Zhongnanhai. As people entered and left China, SARS quickly spread to many other countries and regions.

New Tang Dynasty Television, an independent Chinese-language television station based in North America, began issuing warnings and following the story as early as February 2003. Because of the censorship of news in Mainland China, the public had no way of knowing about this important news that could threaten their very existence.

Instead, on April 2 of that year, China’s state-controlled media published an article, titled “The Situation of Atypical Pneumonia Is Under Effective Control.” The next day, Minister of Health Zhang Wenkang told Chinese and foreign reporters at a press conference, “I can say with good conscience that it is safe to work, live, and travel in China.”

But by then, China was in fact in widespread panic. Food and medicine that was believed to cure or prevent SARS, such as Chinese herbal formula Banlangen, Meng beans, white vinegar, and salt, were being bought up quickly in large cities. The prices of many Chinese herbal formulas skyrocketed. Many people started to wear face masks on the streets. Someone wrote a satire mimicking a poem by Mao Zedong: “Through the winds and showers, spring has arrived. SARS heralded the spring. Though the spring scenery is splendid, we have to wear thick face masks. Even face masks don’t bring us assurance, so we consume huge quantities of Chinese herbal formulas. When the Chinese herbs are out of stock, cunning merchants smile [as they can then make a profit].”

Amidst the crisis, the public’s reactions demonstrated the degree to which they trusted the government’s propaganda. Although the Jiang faction swore that SARS was under control, a large number of migrant workers and students in Beijing chose to escape to their hometowns. Employees of foreign companies also left Beijing. The Washington Post reported that a local Beijing reporter estimated that nearly one million people left Beijing because of SARS. The report also said that the airport and train stations in Beijing were all packed, full of people who were preparing to flee Beijing. The college campuses were increasingly empty. Two-thirds of the students at the Central University for Nationalities left Beijing. This mass exodus actually further spread SARS from Beijing to other parts of the country.

When the Beijing government repeated said that SARS was under control in China, Dr. Jiang Yanyong, a retired surgeon from the People’s Liberation Army’s Hospital 301 wrote a statement to the media, accusing the Chinese health system of concealing the truth.

Dr. Jiang said that, by April 3, Hospital 309 in Beijing (designated by the PLA’s General Logistics Department as the SARS special hospital) alone had accepted 60 SARS patients, at least six of whom died. But according to statistics published by Minister of Health Zhang Wenkang as of April 3, there were only 12 SARS-related cases in Beijing, including three deaths. Seventy-one-year-old Dr. Jiang, who had been hired back by Hospital 301 as a consultant after retiring, said that he and many doctors and nurses he worked with were irate about the underreporting.

Two weeks later, Zhang was fired. The public was outraged at all that had happened.

The Jiang faction continued to try to hide the development of SARS, but the disease remained merciless. In mid-April, SARS entered Zhongnanhai, the central CCP compound, and infected two members of the Politburo Standing Committee: Luo Gan and Wu Guanzheng. Wu Guanzheng was not seen in Zhongnanhai for a long time after April 1. Luo Gan disappeared from the public eye for several months after April 12. When word about this got out—it was top secret—Jiang Zemin grew anxious. Every few days, the government’s official media would say that Luo and Wu were visiting this or that place. The truth was, they both were struggling painfully with the SARS virus.

Because the CCP’s government-censored news reports and statements concealed the true situation of the illness, preventative measures were taken later than they should have been, resulting in the spread of SARS around the world. And more than 90 countries stopped issuing visas to Chinese citizens.

The consequences of the CCP’s initial silence and its information blockade on SARS-related news were disastrous. The entire world bore heavy economic and human-life losses. The world was in shock.