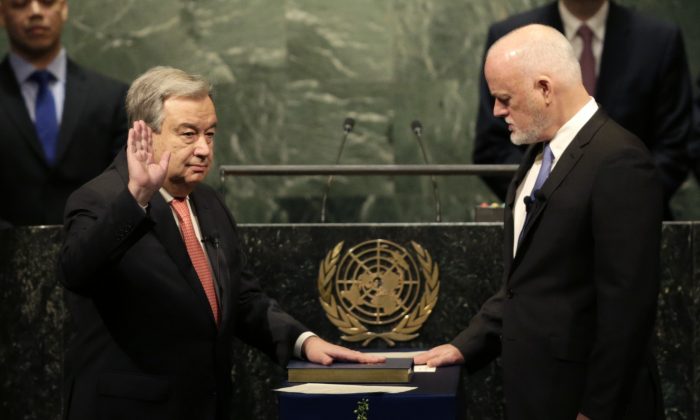 UNITED NATIONS—Former Portuguese prime minister Antonio Guterres has been sworn in as Secretary-General of the United Nations, taking over from Ban Ki-moon at the end of the month.

The former U.N. refugee chief was elected by acclamation in the General Assembly in October and takes over from Ban on Jan. 1.

Guterres performed well in answering questions before the General Assembly while campaigning for the job. His executive experience as prime minister and as the U.N. High Commissioner for Refugees from 2005-2015 propelled him to first place among the 13 candidates vying for the job in informal polls in the Security Council.

Monday’s swearing-in came after the 193 members paid tribute to Ban.