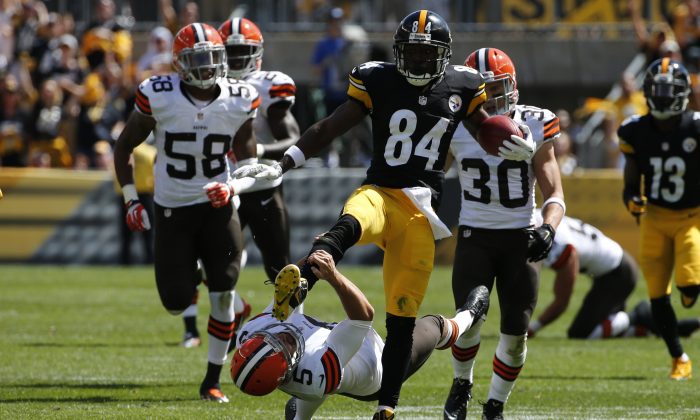 Brown was racing past the Browns and looked destined for the endzone, but Spencer Lanning got in Brown’s way.

Brown mistimed his hurdle and ended up kicking Brown awkwardly, for which he drew a 15-yard unsportsmanlike penalty.

It didn’t matter much because the Steelers scored just two plays later. Pittsburgh ended up winning 30-27 in overtime.

See an AP story about the game below.

Tate had six carries for 45 yards, but went to the trainer’s room in the second quarter and did not return for the second half.

The Browns signed Tate to a two-year deal in the offseason hoping he could take some of the pressure off quarterback Brian Hoyer. Tate ripped off a 25-yard run midway through the second quarter before getting injured. He was replaced by rookie Terrance West.