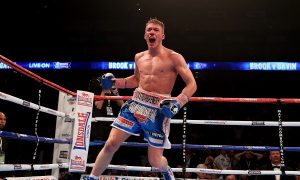 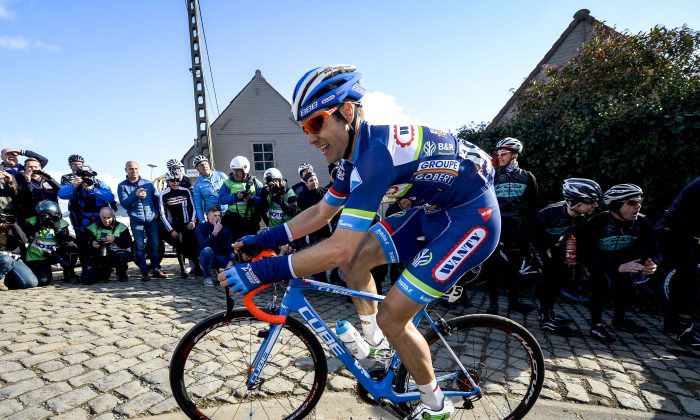 Belgium's Antoine Demoitie of Wanty-Groupe Gobert died on March 27 after he was struck by a motorbike following a fall during the Gent-Wevelgem race in Belgium, police said. (Dirk Waem/AFP/Getty Images)
Cycling

Antoine Demoitié: Pro Cyclist Dies in Hospital After Being Hit by Motorbike at Gent-Wevelgem Race

Belgian cyclist Antoine Demoitié died after being struck by a motorbike following a fall during the Gent-Wevelgem race on March 27. French police announced his death several hours after being taken to a hospital in Lille, France. He was 25 years old.

Frederic Evrard, a spokesman for the Nord-Pas-de-Calais police, said, “The rider died. An inquiry is under way to determine the circumstances.”

Thanks for your overwhelming support. The team is touched by all the messages. We will bounce back and #RideForAntoine

Demoitie, a member of the Wandy Gobert team, was one of a number of cyclists involved in a crash roughly 90 miles into the race, where the race route had run briefly through France. Multiple media have reported that Demoitie was hit by a motorcycle while on the ground after a fall.

Demoitie’s team confirmed that his family was with him at the hospital when he passed and that his subsequent organ donation helped save the lives of three others.

Fellow cyclists have expressed their condolences.

No words to describe this tragedy… pic.twitter.com/UoEaN6gZiE

Such tragic news. RIP Antoine Demoitie. My thoughts and condolences are with your family, friends and teammates.

So sad to hear of the passing of Antoine Demoitié. Condolences to his friends and family.

Meanwhile, others took the opportunity to call for change so that tragedies like this don’t happen again. Some have said that there are too many motor vehicles in the race.

Must tragic circumstances be the marker for change? Please @UCI_cycling @cpacycling your riders need you now! pic.twitter.com/nY3yNaS1Cg