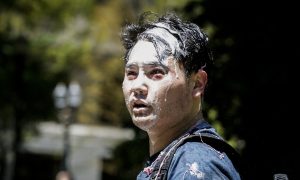 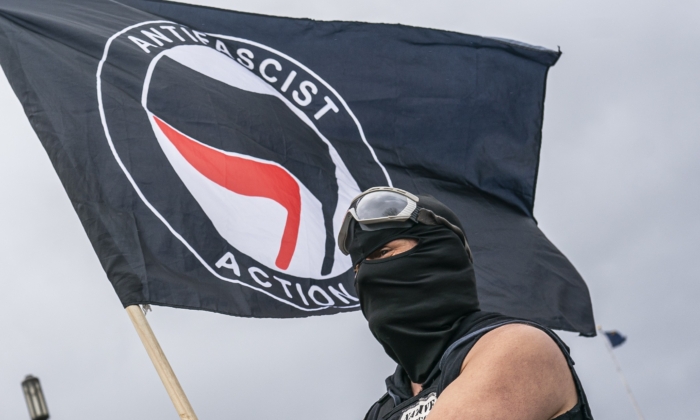 A man waves an Antifa flag at the Oregon statehouse in Salem, Ore., on March 28, 2021. (Nathan Howard/Getty Images)
US News