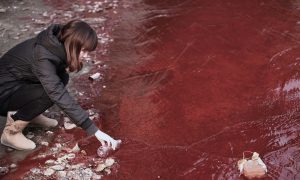 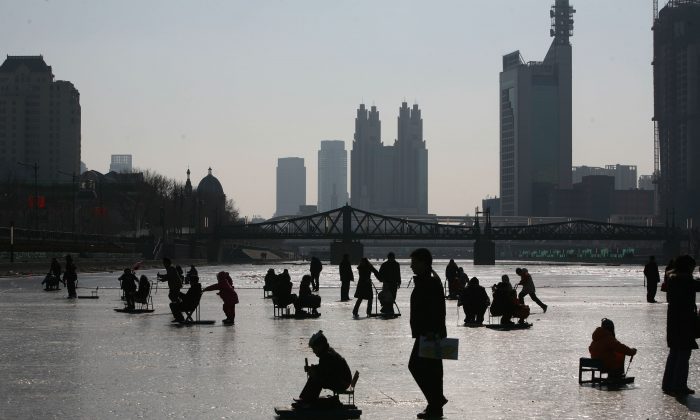 A 10-year study of antibiotics in the environment in China was released recently, concluding that massive quantities of the chemicals are being deposited into the environment, creating a range of potentially long term health risks for the population.

The Guangzhou Institute of Geochemistry, under the Chinese Academy of Sciences, inspected 58 drainage areas around China, showing high concentrations of antibiotics in the water. In the densely populated areas near the Haihe River and the Pearl River Basin, there were found to be over 450 pounds of antibiotics deposited per square mile.

China is the biggest producer and user of antibiotics in the world, the report says, with over 162,000 ton consumed in 2013. Of that, 48 percent was consumed by humans, while the rest was veterinary, the report says.

The research discovered 36 common antibiotics used and discharged in China, among which the most widespread is amoxicillin. The chemicals principally impact the water supply, because they are discharged through feces and urine that eventually enter the environment.

China has no system of supervision over the production and discharge of antibiotics. “The total usage of antibiotics has been a mystery in our country, because there’s no authorized data from the state level,” said Xiao Yonghong, medical professor at Zhejiang Medical University, according to state-run Life Times.

Early in 2008, professor Xiao and her research group showed that the total usage of antibiotics at the time was between 150,000 to 200,000 tons per year in China. Another research report released by the East China University of Science and Technology in May 2014 shows that the surface water in China contains 68 kinds of antibiotics.

One of the most concerning impacts of the proliferation of antibiotics is drug resistance. According to the state-run China Radio International, over 80,000 people die every year in China due to drug resistance, and the number could jump to 1 million by 2050, CRI reported.

Fudan University in Shanghai tested over 1,000 children between 8 to 11 years old this April, finding that over 58 percent had antibiotics in their urine. Over a quarter of the children had more than two kinds, while some had six—both human and live-stock intended types.

Chinese pulmonologist Zhong Nanshan said to Chinese media earlier this year that he would not eat “fish that look really huge” due to concerns over antibiotics. “I’m worried that it grew so big because it ate too much antibiotics. I’d rather eat small fish,” Zhong said.