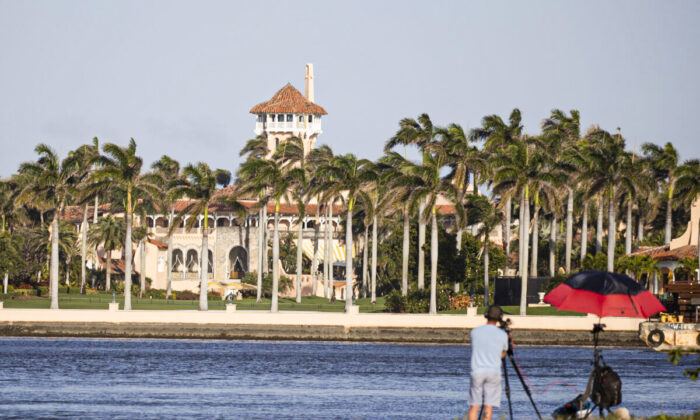 A federal judge considering whether to appoint a special master to look at former President Donald Trump’s seized records has been provided a list of four academics specializing in executive privilege, including one who has been loudly against Trump for years.

A group called the National Security Counselors on Aug. 29 told U.S. District Judge Aileen Cannon, a Trump appointee weighing whether to appoint the special master to sift through records seized by FBI agents, that it identified four “uniquely qualified experts” who could serve as the special master if Cannon decides one is needed.

The accumulation of expertise on the matter of executive privilege “uniquely qualifies any of these individuals to ably serve you as a Special Master, should you choose to appoint one,” Kel McClanahan, executive director of the group, said in a letter to Cannon.

One of the individuals, Northwestern University law professor Heidi Kitrosser, has been vocally anti-Trump for years, a review of her social media posts shows.

She has also described him as “shameless,” “spineless,” a narcissist, having a “dangerous obsession with image control,” “cowardly,” and having a bigoted immigration policy.

Kitrosser has also promoted the theory that Russian President Vladimir Putin controls Trump, sharing a blog post in 2018 titled “Keep in Mind that Putin Manages Trump With Carrots and Sticks,” which she called “pretty chilling” and “important.”

Kitrosser did not respond to a request for comment nor did Andrew Knopf, an attorney who entered the list with the court. Kitrosser later posted about the situation on social media.

McClanahan has also frequently denigrated Trump online, a review of the National Security Counselors, which he is identified as running, shows.

McClanahan, for instance, said on Aug. 29, “I don’t want to jinx it, but seriously, only Donald Trump could singlehandedly snatch defeat out of the jaws of victory in a midterm election year just by being his arrogant, narcissistic, delusional self.”

The U.S. archivist previously rejected Trump’s executive privilege claims, after Biden deferred to her, according to a recently released letter.

Shaub said he has never been a special master but has expertise on executive privilege, working on the matter when he worked at the Office of Legal Counsel and believes that’s why his name was put forward.

“The other scholars mentioned in the filing are some of the most knowledgeable people in the country about executive privilege, and I felt honored to be included among them,” he told The Epoch Times in an email.

Rozell and Sollenberger did not respond to requests for comment.

The pair frequently write op-eds together. In one from March, they praised Biden’s decision not to back Trump’s executive privilege claims over documents sought by the House of Representatives panel investigating the Jan. 6, 2021, U.S. Capitol breach.

“President Biden, in so refusing to act to stonewall Congress, did well to uphold the value of transparency in our constitutional democracy. But he also acted as president to refuse a privilege assertion by his predecessor. This is exactly what the Constitution intended, as only one person is given the duties and power of president,” they wrote at the time. “No one else, especially a private citizen—even a former president—can also exercise presidential power. Despite arguments to the contrary, there are no laws or executive orders which can change that fundamental proposition.”