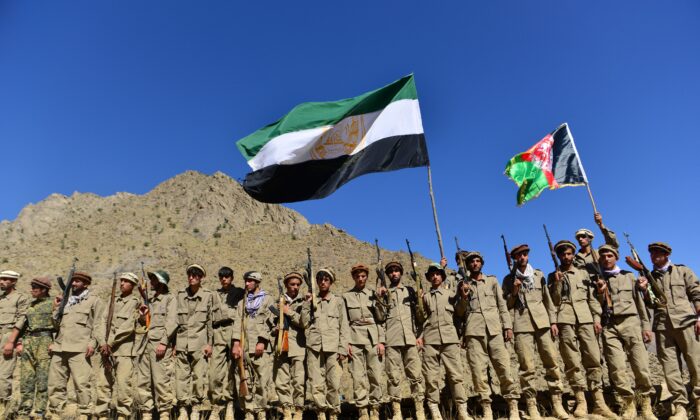 The Taliban said Sunday it has entered the final holdout region amid reports of heavy fighting, although anti-Taliban resistance groups denied their claims and said that numerous Taliban terrorists were captured.

Opposition groups in the Panjshir valley, led by the son of a former anti-Soviet fighter, have been holding out since the fall of Kabul about three weeks ago to the Taliban.

Taliban spokesman Bilal Karimi wrote on Twitter that the police headquarters and district center of Rukhah, adjacent to the provincial capital Bazarak, was captured. Opposition forces have suffered significant casualties and large numbers of prisoners, weapons, and ammunition were captured, he added.

In a Twitter post on Saturday, Karimi posted a video that allegedly shows the Taliban entering Panjshir, claiming that the “honorable and dignified people of Panjshir are completely free from the dirty grip of the warring and spy circle of foreigners.” The Epoch Times was not able to verify the authenticity of the video.

Fahim Dashti, a spokesman for the opposition group, the National Resistance Front of Afghanistan, told Reuters that the Taliban is spreading propaganda and trying to spread disinformation. “The resistance forces are ready to continue their defense against any form of aggression,” he said.

Another spokesperson for the resistance group told Al Jazeera on Sunday that they had captured hundreds of Taliban members, adding that their forces surrounded “thousands of terrorists” loyal to the Taliban in Khawak Pass and that the Taliban abandoned its vehicles and equipment.

Also speaking to the Qatari-owned broadcaster, Dashti said that 1,000 Taliban members were killed, wounded, or captured in the clashes.

Italian aid group Emergency said the Taliban, which is designated by several U.S. intelligence agencies as a terrorist organization, reached the trauma hospital it operates in Anabah in Panjshir valley.

Last week, the Taliban claimed its forces took control of Panjshir but that assertion was disputed by resistance fighters. Meanwhile, there have been reports of heavy fighting continuing for days, with each side claiming it inflicted significant numbers of casualties.

Bill Roggio, managing editor of the Long War Journal, which has chronicled the conflict in Afghanistan for decades, said that the resistance fighters had a steep uphill battle.

“The Taliban army has been hardened with 20 years of war and make no mistake, the Taliban trained an army,” Roggio wrote on Twitter, adding “the odds were long” for the resistance to continue its holdout. “The Taliban army was injected with a massive amount of weapons and munitions after the US withdrawal and collapse of the ANA [Afghan National Army],” he added.

But the top U.S. military official, Gen. Mark Milley, said in an interview over the weekend that the situation will likely devolve into a broader civil war. Meanwhile, the ensuing chaos caused by the war and rushed U.S. military evacuation could allow for terrorist groups like ISIS and al-Qaeda to establish a foothold.

“My military estimate is, is that the conditions are likely to develop a civil war. I don’t know if the Taliban is going to be able to consolidate power and establish governance,” Milley said.