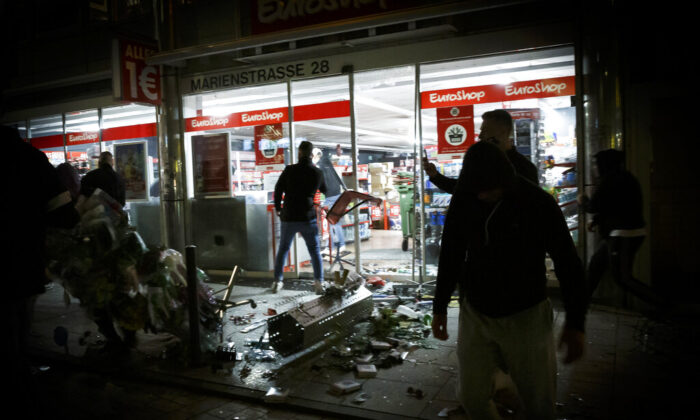 North Carolina Gov. Roy Cooper vetoed a bill on Friday that would have increased penalties for those who engage in riots that result in damage or injury.

“People who commit crimes during riots and at other times should be prosecuted and our laws provide for that, but this legislation is unnecessary and is intended to intimidate and deter people from exercising their constitutional rights to peacefully protest,” Cooper, a Democrat, said in a press release.

A person would have faced felony charges and jail time if he or she caused damage to property, or assaulted a citizen or emergency personnel, during a protest or state of emergency.

Republican House Speaker Tim Moore, a Republican and one of the bill’s sponsors, called it a “common-sense bill” written to protect “small businesses and individuals in the event that a protest became violent and focused solely on the perpetrators of violence rather than peaceful protesters.”

“Every suggested change to improve the bill from the other side of the aisle was incorporated,” Moore said. “Unfortunately for this governor, pandering to the far left is more important than rule of law.”

In a statement released after the bill passed in the Senate in August, Moore said he had witnessed “the violence and destruction caused by rioters right here in downtown Raleigh” in 2020.

“What this bill does is enforce harsher penalties for the perpetrators of violence and looting, while preserving every North Carolinian’s right to protest peacefully,” Moore said. “Our rights to free speech and assembly are precious and must be preserved, but never at the expense of harm to others. House Bill 805 simply ensures the safety of our citizens while upholding their rights to free speech and assembly.”

Felony charges would have been handed down if damages exceeding $1,500, serious bodily harm, or death, had resulted from the actions of the rioter.

The American Civil Liberties Union (ACLU) called the bill “harmful,” adding that it “would dissuade many people from engaging in peaceful and constitutionally protected acts of protests.”

The bill was retaliation, the ACLU alleged, against the “uprising for racial justice” that happened in 2020 when an outbreak of violence started in May at the time of the killing of George Floyd, a black man who had been arrested.

The May 25 arrest was filmed, and in the video, Floyd, 46, said he couldn’t breathe as Minneapolis police officer Derek Chauvin was witnessed kneeling on Floyd’s neck as he pleaded for air.

Floyd was pronounced dead an hour after the incident.

According to a September 2020 report (pdf) from the Raleigh Police Department, May 30 through June 7 became a week of peaceful protest that devolved into acts of violence and destroyed property.

In July 2020, the Triangle Business Journal reported that statewide insurance claims were over $10 million.