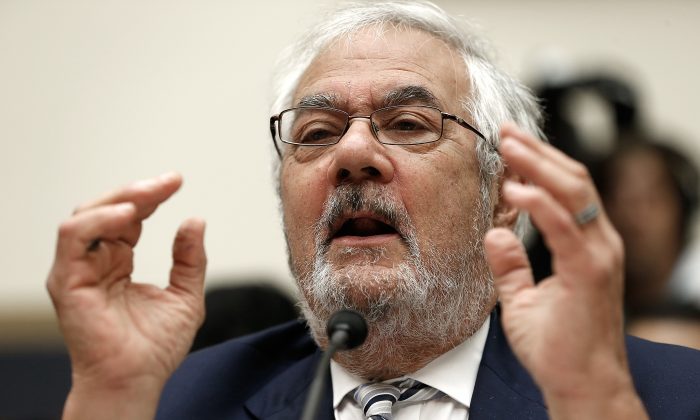 The economy added 252,000 jobs in December—down from 353,000 in November. With GDP growth slowing, prospects for jobless Americans are worsening.

The unemployment rate fell to 5.6 percent, but that may only be because so many working age Americans quit looking for work and are no longer counted in the official jobless tally. If the same percentage of adults were in the labor force today as when Presidents Obama took office, the jobless rate would be about 9.9 percent.

The administration alibis baby boom retirements are driving down adult participation. However, nearly one in six men between ages 25 and 54—too old for college and too young to retire—are jobless. Many are simply sitting at home watching ESPN, playing video games, and relying on relatives, friends, and government benefits for support.

The Obama recovery has managed only 2.3 percent GDP annual growth, and the economy has added only 6.4 million new jobs on his watch. Whereas during the Reagan recovery, the pace of economic growth was 4.8 percent, and 9.5 million jobs were added through the end of his sixth year.

America has not lost its capacity to innovate and create new products and industries, but in a globalized economy, poor government policies block Americans from playing their strengths.

The nation still enjoys strong comparative advantages in manufacturing, but Obama refuses to confront China, Japan, and Germany about exchange rate and monetary policies that purposefully undervalue their currencies and artificially underprice their exports. And now it seems the president is intent on jamming through Congress new free-trade agreements that would further open U.S. markets to foreign competition, while countenancing continued currency manipulation and mercantilism abroad.

The cost of hiring workers is greatly increased by “Obamacare” health insurance mandates, minimum wages above the federal standard in 29 states, and needlessly cumbersome business regulations. Along with threats of government-inspired litigation, those issues accelerate automation.

Amazon recently purchased Kiva Systems, which makes robots that will permit it to eliminate thousands of jobs at its fulfillment warehouses. Those systems are already at Crate and Barrel and Gap.

Administration polices have encouraged monopolization in key industries that are major contributors to the Democratic machine—greatly slowing growth and jobs creation.

Dodd-Frank lending regulations have proven too costly for smaller banks, and many have sold out to larger banks. Deposits are even more concentrated among the “too big to fail” Wall Street banks, which often are not much interested in lending to Main Street businesses and homebuyers.

Cable companies enjoy considerable freedom to raise Internet and TV rates, and have taken the profits to acquire media companies and other businesses instead of enhancing service. For example, Comcast, whose CEO often hosts Obama fundraisers, has used monopoly profits from high cable rates to purchase NBC, where it underwrites political activists like Al Sharpton, instead of investing in systems that could raise Internet speeds and support more Web-based businesses.

Major airlines, which are well represented in Washington, have consolidated to individually lock up many intercity routes. Instead of passing along lower fuel prices by trimming ticket prices and adding flights, airline shareholders and employees are feasting on windfall gains.

American Airlines is urging its pilots to accept a union contract that raises pay more than 20 percent—more than arbitrators awarded.

Obama’s lax immigration enforcement and amnesty are increasing competition for jobs. The Center for Immigration Studies released a report last June that found foreign-born workers are taking the lion’s share of new jobs, especially those going to prime working age adults between the ages of 16 and 65.

Those forces combine to push down wages.