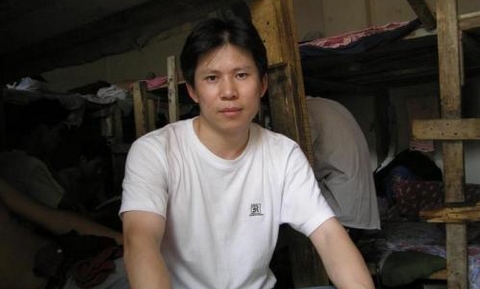 Anti-Graft Activist in China Is Denied Visitation by Lawyer

Anti-graft activist Sun Desheng, arrested in Guangzhou in August, has twice been denied visitation by his lawyer, according to a recent interview.

Sun Desheng was formally charged with “gathering a crowd to disrupt order of a public place” on Oct. 16, after being held in detention since Aug. 13.

His family was denied contact with him on Oct. 30, according to an interview they gave to China Human Rights Defenders. Sun is considered a member the “New Citizen’s Movement,” a loose collective of intellectuals and activists who have been targeted for persecution. Xu Zhiyong, its nominal founder, has been imprisoned since July.

“I went there in September, and they said that he was also charged with ‘incitement to subversion,’ so there was nothing I could do,” Ge Wenxiu, Sun’s laywer, told Radio Free Asia. He said that he was again prevented from talking with Sun on Oct. 22 after being told by authorities he could talk with his client.

Sun, who previously had met with official retaliation for his activism,was arrested in Guangzhou for calling for the release of the legal and constitutional reform advocate Xu Zhiyong in August, when he held up a sign saying “Shame on [Party leader] Xi Jinping, Xu Zhiyong is innocent!”

Xu, who was arrested in July in the crackdown on anti-graft and political reform activists, has provided legal consultation and other forms of assistance to petitioners, taken on cases of others whose human rights were abused, and promoted legal reform.

He was the founder of the “New Citizens Movement,” a loose network of activists who have peacefully promoted social justice and political and legal reforms. Xu has been a visible advocate for constitutionalism and for democratic and rule-of-law reforms, said Chinese Human Rights Defenders.

Many members of the “New Citizen’s Movement” and associates of Xu have been detained in the crackdown against free assembly, reports CHRD.