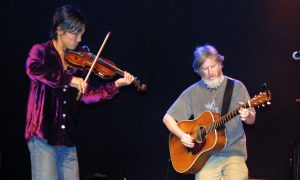 The government agency said in a statement that developing GMO wheat is will not be one of its objectives, “We will be developing a number of tools that will be used to reduce the breeding cycle, increase yield, and adapt to climate stresses. GMO varieties are not contemplated at this time.”

The statement was issued in response to media reports on a leaked memo from the NRC saying the agency was planning to develop GMO wheat in Canada as a solution to falling exports and the impacts of climate change.

Lucy Sharratt of the Canadian Biotechnology Action Network (CBAN), was one of those pleased by the NRC’s announcement, “NRC has finally recognized what everyone but Monsanto understands: that GMO wheat is unacceptable to farmers and consumers,” she said.

Due to widespread farmer and consumer opposition in both the United States and Canada, biotechnology giant Monsanto Company, had withdrawn its requests for the Canadian and the U.S. governments to approve its herbicide tolerant GMO wheat in 2004.

But the company relaunched research into GMO wheat in 2009 and the biotechnology industry is now engaged in a new public relations campaign in favor of GMO wheat, Sharratt says.

The Canadian Wheat Board, the largest wheat and barley marketer in the world, has long opposed GMO wheat because of the difficulty selling it in Europe and Asia.

Terry Boehm, president of the Canadian National Farmers Union, said that wheat improvements in Canada “can and must happen without the use of transgenics.”

On March 30, the New York-based Public Patent Foundation filed suit on behalf of over 60 family farmers, seed businesses, and organic agricultural organizations in Canada and the United States—170,000 people in all—to challenge the company’s patents on genetically modified seed.

The move is an effort by the plaintiffs to protect themselves from being accused of patent infringement should they ever become contaminated by Monsanto’s GMO seed.

As the law stands, if Monsanto’s seeds are found on land for which they were not purchased, the company is legally entitled to sue, even if the contamination is a result of natural cross-pollination or the seeds are blown onto the land.

“This case asks whether Monsanto has the right to sue organic farmers for patent infringement if Monsanto’s transgenic seed should land on their property,” Dan Ravicher, executive director of the Public Patent Foundation, said in a press release.

“It seems quite perverse that an organic farmer contaminated by transgenic seed could be accused of patent infringement, but Monsanto has made such accusations before and is notorious for having sued hundreds of farmers for patent infringement, so we had to act to protect the interests of our clients.”

The suit also aims to dispute the claim that GMO seeds increase production and decrease herbicide use, and notes studies citing negative economic and health effects, including various cancers, placental damage in humans, and animal miscarriages.

However, Monsanto says on its blog that many of the allegations in the suit are “false, misleading, and deceptive.”

“The plaintiffs’ approach is a publicity stunt designed to confuse the facts about American agriculture,” the blog states. “It has never been, nor will it be Monsanto policy to exercise its patent rights where trace amounts of our patented seed or traits are present in farmer’s fields as a result of inadvertent means.”

In another case, one that’s being watched closely by GMO advocates and opponents around the world, Australian organic farmer Steve Marsh is suing his neighbor for contaminating his land with GMO canola. Marsh, who confirmed last year that his neighbor’s GMO crop had blown onto his property, lost his organic certification due to the contamination.