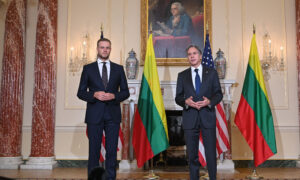 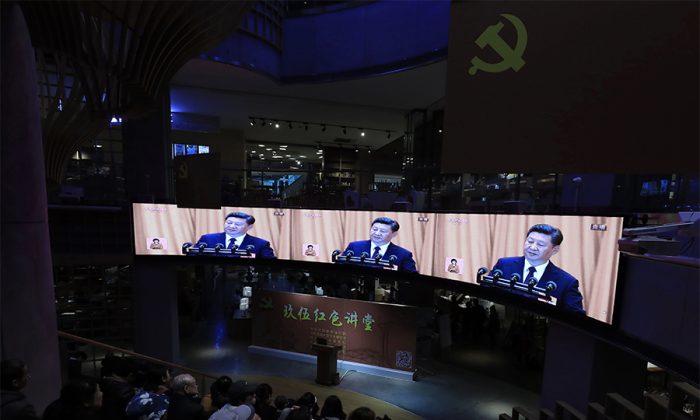 On Dec. 12, the Chinese Communist Party’s anti-corruption agency announced that Zhang Jiehui, a high-ranking cadre in the Hebei provincial rubber-stamp legislature, is being investigated for “seriously violating Party discipline,” an oft-used euphemism for corruption.

As deputy head of the local National People’s Congress Standing Committee (within the Party’s convoluted bureaucracy, “Standing Committee” usually signifies the most powerful body within a Party organ), Zhang is considered to be a “tiger,” or top-level official.

He is the third such tiger to be taken down since this year’s important Party leadership transition, the 19th National Congress, took place in October. After Party leader Xi Jinping consolidated his power and appointed a new head for the Central Commission for Discipline Inspection (CCDI), Zhao Leji, to continue carrying out his campaign, many speculated as to whether Zhao could keep the momentum going.

Prior to the 19th National Congress, Caixin, a Chinese business publication, counted 96 tigers who had been sentenced since Xi took power in 2012.

The investigation into Zhang reveals that the CCDI has their targets set on officials with influence in China’s northeastern Hebei and Liaoning provinces.

After all, Zhang was close colleagues with several high officials in both provinces who are also currently under investigation. Zhang was born in Liaoning and spent most of his career there, serving high positions in Panjin and Anshan cities.

On Nov. 23, the CCDI announced that Liaoning vice governor Liu Qiang was being investigated, making him the second tiger to be taken down.

Liaoning is known to be occupied territory of officials belonging to the Party’s opposing faction—making them Xi’s political enemies. Loyal to former Party leader Jiang Zemin, several big tigers in the Jiang faction began their political careers there. The Party’s former security czar, Zhou Yongkang, was in charge of the lucrative Liaohe oil fields and served as mayor of Panjin City. Meanwhile, former Chongqing City party boss Bo Xilai once served as Liaoning governor and Dalian City mayor. Former member of the Party’s most powerful body, the Politburo Standing Committee, Li Changchun, was vice-governor, and former top general Xu Caihou, rose in military ranks while stationed in the region. All but Li, who retired in 2013, have since been purged by Xi’s anti-corruption campaign.

Meanwhile, Zhang was close to the Hebei party boss, Zhou Benshun, who in turn had worked under Zhou Yongkang (no relation) when the latter was head of China’s security apparatus.

The CCDI’s latest move indicates they are closing in on any remaining Jiang influence in the region.

Zhang’s prior transgressions may point to the reasons he got in trouble. Last December, while serving as Hebei vice governor, he allowed a steel company, An Feng, to begin a project before it obtained approval. Zhang was censured by the State Council and received a warning. At the beginning of this year, Zhang resigned from his vice governor position.

Two major explosions took place during Zhang’s tenure, which may have tarnished his record in the Party’s eyes. In 2014, a firecracker warehouse in Ningjin County exploded, causing at least 15 deaths, according to official reports. In 2015, a chemical plant operated by the Kailuan Group in Tangshan City exploded, resulting in one death and twelve missing.

In related news, Sun Zhengcai, a top tiger who was once considered next-in-line to head the Party after Xi, has been arrested and will be prosecuted in court, according to an announcement by the Party’s top prosecuting body, the Supreme People’s Procuratorate on Dec. 11. Sun was named a co-conspirator along with Bo, Zhou, Xu, and other Jiang faction officials in attempting to stage a coup against the leadership.

Zhang Dun and Xu Meng’er contributed to this report.