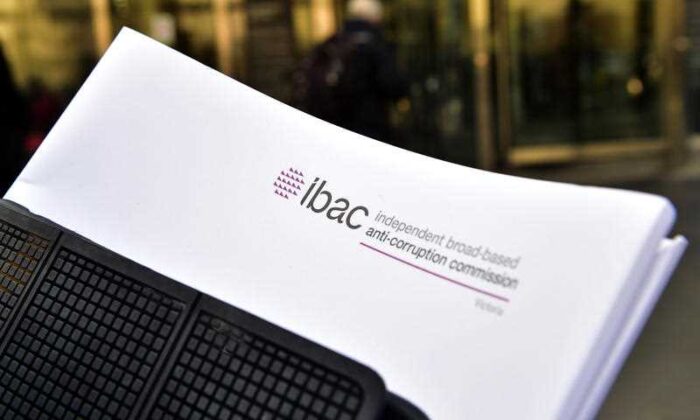 Victoria’s anti-corruption body will investigate allegations of “serious corrupt conduct” by state MPs over the misuse of taxpayer money and branch stacking.

Dubbed “Operation Watts,” both the Independent Broad-based Anti-corruption Commission (IBAC) and the Victorian Ombudsman will look “into a range of matters”—including the misuse of public money used for “party‐political work or other improper purposes.”

This follows a year-long investigation into former Labor MP Adem Somyurek, who was sacked by Labor Premier Daniel Andrews in June 2020 after a 60 Minutes and The Age report accused Somyurek of corruption, taxpayer-funded rorting, and branch stacking.

Branch stacking occurs where factions within a political party enrol persons for the principal purpose of influencing the election outcome of local branches. It also occurs when political party members enrol people who are not genuine members.

Utilising what is called “warehousing,” branch stacking is often hidden away by utilising fake addresses for those signing up to the Australian Electoral Commission, and then once they are accepted, moving them to different district branches.

While not illegal in Australia, most political parties view the practice as controversial because it usually involves illegal acts of forgery, falsification of documentation, and even the intimidation of party members.

“This is a crucial investigation to allow for public confidence in how taxpayers’ money was being used by those in power,” Victorian Ombudsman Deborah Glass said in a statement.

In the case of Somyurek, 60 Minutes and The Age allege that he targeted ethnic groups, such as the Indian community, by registering and paying for Australian Labor Party (ALP) memberships in exchange for their support of his candidates.

Somyurek, who was a member of the ALP national executive—the governing and policy-making body of the ALP—is alleged to have wanted to use branch stacking to become a powerbroker within the Australian Labor Party.

IBAC’s Commissioner Robert Redlich said the Victorian community rightly expects public funds to be used appropriately and for all public officers to adhere to parliamentary standards and processes.

“As part of our focus on preventing corruption, the public hearings will also consider whether the current systems and controls are sufficient to protect the integrity of the expenditure of public funds for ministerial and electorate office staff and the making of community grants, and examine potential systemic issues, including opportunities to strengthen associated governance, transparency and accountability arrangements,” Redlich said.

This also comes as IBAC examines the conduct of Premier Daniel Andrews and United Firefighters Union (UFU) boss Peter Marshall over a controversial deal that sought to benefit the UFU and its members between 2014 and 2019, reported The Age.

Among the recommendations include changes to the Victorian branch rules, such as introducing membership payments by traceable means.

Bracks and Macklin were appointed as administrators of the Victorian branch of the ALP following reports of Somyurek’s alleged branch stacking.

On Sept. 14, 2020, changes were made by the National Executive to deal with members responsible for branch stacking, including the power to charge a member with a breach of the branch stacking rules and to revoke the membership of a member.

“The changes to the Victorian Branch Rules (‘the Rules’) recommended in this Report will enable greater engagement of Party members and enliven grassroots activity. They will introduce standards of governance and assurance of the highest calibre. Our members deserve nothing less,” Bracks and Macklin said.

According to a hearing (pdf) in Victoria’s Supreme Court in February 2021, Labor MP Marlene Kairouz sought an interlocutory injunction against Bracks and Macklin from proceeding with the allegations that she was involved in branch stacking. Kairouz was the Consumer Affairs Minister but resigned following Somyurek’s sacking.

According to Open Labor, Bracks and Macklin have removed 1800 alleged branch stackers, while another 2400 members did not renew once the investigation began.

Currently, there is a suspension of all votes for ordinary members of the Victorian branch of the ALP in preselections until 2023.

Public hearings will commence on Oct. 11 and will be video streamed via the IBAC website.

Victoria-Kelly Clark contributed to this report.