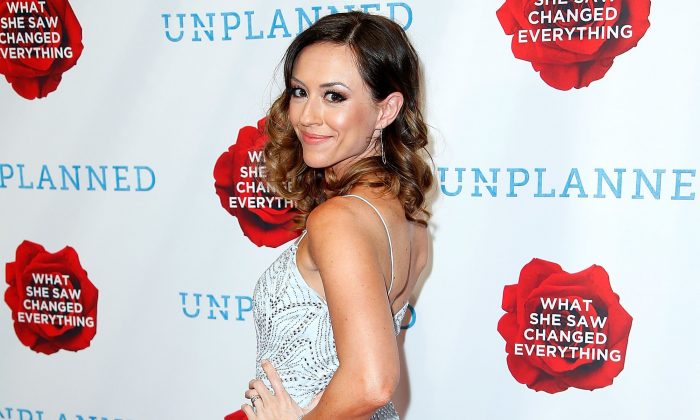 “Unplanned,” the movie about a former Planned Parenthood clinic director turning against abortion, has exploded on Twitter since its March 29 premiere, surpassing in followers the main account of Planned Parenthood, the largest abortion provider in the United States.

The biopic stars Ashley Bratcher, from “90 Minutes in Heaven” and “Extraordinary,” as Abby Johnson, a former director of a Planned Parenthood clinic in Texas who later became an anti-abortion activist.

The Pure Flix production, with a modest $6 million budget, had a difficult time getting into the box office, as it received an “R” rating for portraying abortion and TV networks refused to sell advertising time for the movie. Then, a day after the premiere, its Twitter account was suspended—by mistake, according to Twitter.

This is what happens when I hit follow and then refresh the page
(plz ignore my dogs’ snoring) pic.twitter.com/SrdgJReEca

Many users saw the phenomenon as Twitter’s way of intentionally suppressing the movie, which the company denied, but the uproar helped propel the movie to online prominence.

“So good to see movie theaters across the country showing @UnplannedMovie—a deeply inspiring new pro-life film based on the best-selling book by @AbbyJohnson,” said Vice President Mike Pence, a prominent critic of abortion, in an April 1 tweet. “More & more Americans are embracing the sanctity of life because of powerful stories like this one.”

So good to see movie theaters across the country showing UnplannedMovie—a deeply inspiring new pro-life film based on the best-selling book by AbbyJohnson. More & more Americans are embracing the sanctity of life because of powerful stories like this one. #Unplanned

The movie grossed nearly $6.4 million by March 31, according to IMDb.

For Bratcher, the movie had a special significance as she had faced an unplanned pregnancy herself. She felt a “sense of shame” for expecting a child out of wedlock, she told EWTN, a Catholic TV network.

“I was scared,” she said. “I was young, I didn’t know how things were going to go, I didn’t have a job, I wasn’t married, but I knew that there was this incredible life growing inside of me.

She said her son, who recently turned 9, “saved” her from a “period of rebellion” and selfishness.

“He taught me to love unconditionally, and what it meant to put someone ahead of myself,” she said. “And having my child empowered me, because it made me want to be a better person, it made me fight for something, it just taught me so much about life because I chose to have him.”