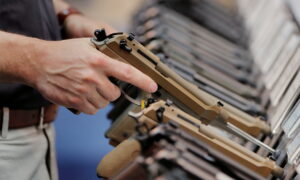 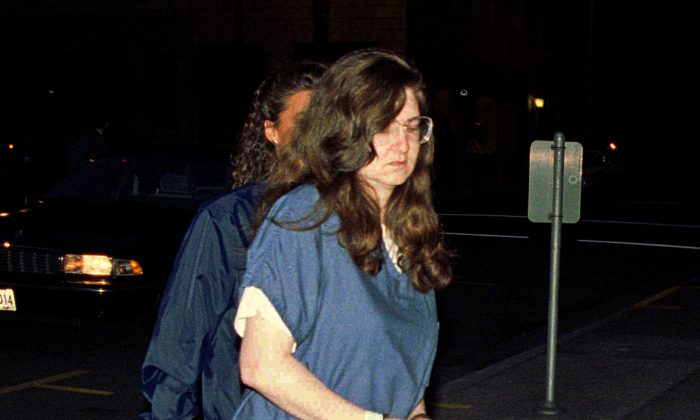 KANSAS CITY—A woman who shot Wichita abortion doctor George Tiller and attacked abortion clinics in several states in the 1990s has been released from prison in Oregon, prompting concern in clinics across the country, according to a published report on Nov. 7.

Rachelle “Shelley” Shannon was released from a halfway house in Portland, the Bureau of Prisons confirmed. She will be on supervised release for three years but the bureau said conditions of her release will not be revealed.

Shannon spent 25 years in custody and had been living at the halfway house since May, The Kansas City Star reported.

The Rev. Donald Spitz, an anti-abortion activist who stayed in contact with Shannon, said abortion-rights activists should not be worried about Shannon’s release.

“I don’t think she’ll be doing anything violent,” said Spitz, leader of Pro-Life Virginia and sponsor of the Army of God website. “Of course, no one knows, but I’d be very surprised.”

He said he talked to Shannon on Nov. 5, and described her as upbeat about her release but said he didn’t know Shannon’s plans.

Shannon, now 62, was sentenced to 11 years behind bars for shooting and wounding Tiller, and 20 years for six firebombings and two acid attacks at abortion clinics in California, Oregon, and Nevada.

Stephen Peifer, a former assistant U.S. attorney who prosecuted Shannon in Portland in 1995, said Shannon could do something violent herself but it’s more likely she would counsel other people to do so.

“She’s completely unrehabilitated and totally incorrigible,” Peifer said. “She has the same mentality and goals that she had when she was convicted.”

On May 31, 2009, Tiller was shot and killed at his church in Wichita by Scott Roeder, who testified during his murder trial that he visited Shannon when she was imprisoned in Topeka.

“She tried to murder my boss,” Burkhart said. “And I absolutely do not believe under any circumstances that Shelley Shannon is reformed. She is still as dangerous today as she was in August of 1993.”

Shannon was an Oregon homemaker when she took a bus to Oklahoma City, where she rented a car and drove to Tiller’s clinic in Wichita. The clinic, Women’s Health Care Services, was bombed in 1986 and was the focus of Operation Rescue’s 46-day “Summer of Mercy” campaign in 1991 that resulted in more than 2,600 arrests.

Shannon shot Tiller as he drove out of the clinic parking lot. He was injured in both arms but returned to work the next day.

After Shannon was arrested, police found a letter she’d written to her daughter describing the shooting and denying that it was wrong.

“It was the most holy, most righteous thing I’ve ever done,” she wrote. “I have no regrets.”