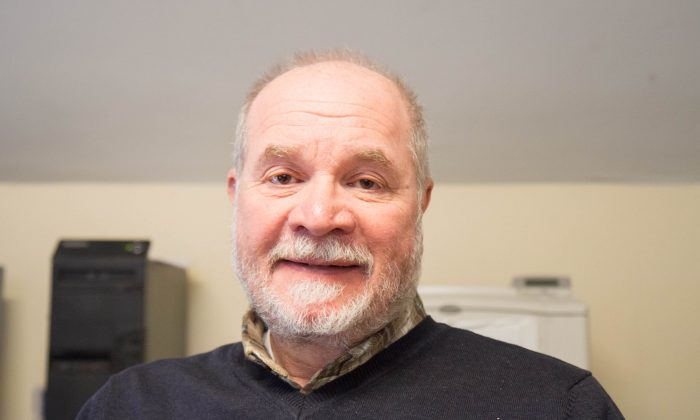 Selling mining land next to one of the county’s most historic assets should not be done without due thought, says Barry Kass, professor emeritus of anthropology at SUNY Orange and a trustee of the Orange County chapter of the New York State Archaeological Association.

Kass worked on a team that excavated the Dutchess Quarry Caves in Goshen in the 1980s, and was spurred to action when he learned that the county is selling 34.6 acres adjacent to the caves to mining company Tilcon New York Inc. The sale is meant to bring in extra revenue and resolve an unanswered question of who is responsible for reclaiming the land once the dolomite reserves are gone.

Tilcon owns part of the quarry already and has been leasing the property from the County since 1970. In April it offered to buy the land and its mining rights for $500,000.

Kass said he is concerned about blasting and groundwater seepage from Tilcon’s digging operations. The quarry is on the other side of Mount Lookout from where the caves are located, and it is widely rumored that caves on the southwest side of the mountain have already been lost due to mining.

“[This] could compromise the geological integrity of the National Register site, perhaps leading to a collapse of the Caves site itself and the destruction of its potential for future scientific research,” Kass wrote in the letter to county leaders, referring to its listing on the National Register of Historic Places.

Tilcon says the sale would not change the way they operate, pointing to their mining permit, which says, “the lessee agrees that it will not trespass upon nor cause any damage of any kind to the cave and its immediate environs.”

“Going from leasing the land to ownership changes nothing in the conditions of the mining permit,” Tilcon said in a statement.

[This] could compromise the geological integrity of the National Register site.
— Barry Kass, Professor Emeritus of Anthropology, SUNY Orange

Legislators are now rethinking the protections, and wondering if they have required enough of a buffer between the caves and the quarry.

“I don’t think this committee or any of us as legislators know a hill of beans about what kind of buffer is necessary to protect the walls of those caves,” said Legislator Myrna Kemnitz after the June 27 Physical Services Committee.

Kass said he would like a buffer in addition to the 1.1 acre buffer that already exists around the caves and the 13.2 acre National Register district. While he doesn’t claim to have the expertise to know how much of a buffer is needed, he hopes the county will do its homework to find out.

There are eight above-ground caves that were excavated starting in the 1960s and several sites nearby that suggest that Native Americans mined in the area.

Cave number one, which was first excavated in 1964, uncovered a fluted projectile point in the style of the paleo-Indians, who lived at the end of the last Ice Age about 12,000 years ago.

Caribou bones found near the point, dated to 12,500 years ago, have led some to believe it is one of the earliest examples of Native American hunting in the region.

Kass said that while the site is certainly valuable in understanding early life in the region, the bones bear no evidence of being cut, charred, or otherwise used by humans to back up that theory.

The caves are significant, however, in that they have produced evidence of human habitation from the end of the last Ice Age to about 1000 years ago.

In 2012, the county commissioned a study of the Dutchess Quarry Caves site to serve as a guide in creating a management plan for it.

The study, done by The Archeological Conservancy, recommends creating a committee to oversee the caves, increasing security around the site, and at some point opening it up to further research and guided tours.

To further the protection of the site, it also recommends designating the site as parkland or seeking National Historic Landmark Status with the National Park Service.

“DQS-NRD (Dutchess Quarry Caves-National Register District) is a significant cultural resource and its long term preservation should not be compromised for potentially short term exploitation,” the study warns.

While the study was completed four years ago, the county has yet to implement its suggestions, and its current policy towards the caves comes from a 1993 resolution that adopts a study commissioned by the Dutchess Quarry & Supply Co., the former tenant of the site, for their mining permit.

Kass accepts that the county may sell the property, but if it does, he hopes a portion of the sale’s proceeds will go towards an interpretive center, a place where people can come and learn about the caves and the county’s history.

“It’s a great opportunity,” he said.

The idea is not original. It was also suggested in the 2012 study, and Legislator Jeffrey Berkman, who has been the caves’ biggest proponent in the legislature, has also tried to convince his colleagues that an interpretive center would not only promote Orange County history, but would bring in tourism revenue.

Most of the artifacts that have been found in the caves currently reside in the New York State Museum in Albany, and the rest are likely scattered around the county, if not the country, in private collections.

Another of Berkman’s projects has been to create a venue for people to donate their artifacts, which just this year has started to take shape.

At an April 18 committee meeting, County Historian Johanna Yaun laid out what she had in mind for the “Orange County Cultural, Historic, Artifact Advisory Donation Acceptance Committee” that the county created on paper in 2014, but that never got off the ground.

Yaun envisions it documenting the county’s existing artifact collections, creating a process for people to donate their artifacts and safely storing them.

Berkman is hoping that once this committee is up and running, the artifacts it collects could provide material for the interpretive center.

If nothing else, Kass and Berkman would like to see informational kiosks along nearby roads or other conspicuous places that talk about the caves’ history.

“It would be an inexpensive yet respectful thing to do for the site,” Berkman said.

For the second month in a row, the proposal has been tabled.

Legislators are supportive of creating kiosks, Berkman said, and at the time the 2012 study was commissioned, there was money set aside for them. They never came to fruition, however, and that money was eventually put toward other things.

Berkman said this new artifact committee could potentially be responsible for creating the kiosks, something that doesn’t need legislative approval.

In the meantime, legislators have decided to table the sale proposal while they decide what the terms of the sale will be, and several have suggested holding two public hearings, one more than would be required.

“We have one expert here,” said Legislator Kevin Hines after Kass’s presentation, “but maybe other experts have the same idea or different.”

“To have no public opinion on this is frightful,” Kemnitz agreed.