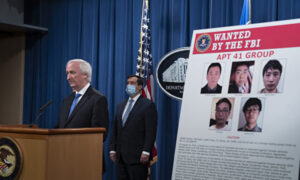 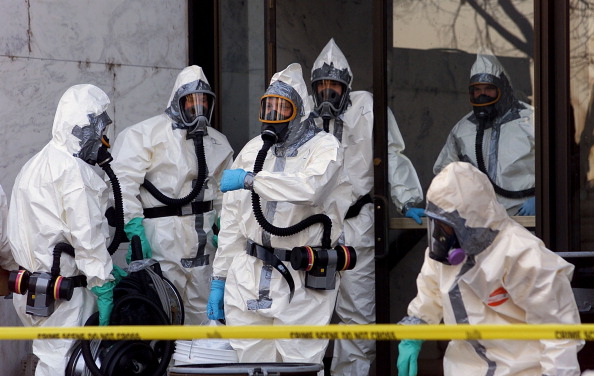 The Hart Building is closed on November 7, 2001 after an anthrax laced letter was found in Senator Tom Daschle's office in Washington, DC. (STEPHEN JAFFE/AFP/Getty Images)
China

Russia recently issued a travel alert for its citizens: There has been an outbreak of anthrax in central China.

Russia’s daily newspaper Kommersant reported on May 2 that the country’s Consumer Protection and Public Welfare Supervision Bureau warned travelers to exercise caution if they are visiting areas of central China.

China’s state-run China News Service reported on April 17 that three Chinese farmers in Haiyuan County, in the Ningxia Hui Autonomous Region of central China, were infected with anthrax and hospitalized between April 11 and 13. One victim, from the Qiying Township, died at the hospital.

Radio Free Asia reported on April 17 that the Chinese communist authorities announced the outbreak is now under control.

However, on April 18, citizens of Yinchuan City posted on WeChat, a popular Chinese social media platform, that the anthrax outbreak had spread to their city—the capital of the Ningxia Hui Autonomous Region, about 140 miles from Haiyuan County.

Anthrax is a life-threatening infectious disease caused by the bacterium Bacillus anthracis, usually transmitted from animals, especially ruminants such as cattle, goats, camels, and horses. Humans can be infected by directly or indirectly coming into contact with infected animals’ skin, fur, or meat.

Symptoms begin between one day and two months after the infection. The infected skin will form a small blister with surrounding swelling that often turns into a painless ulcer with a black center.