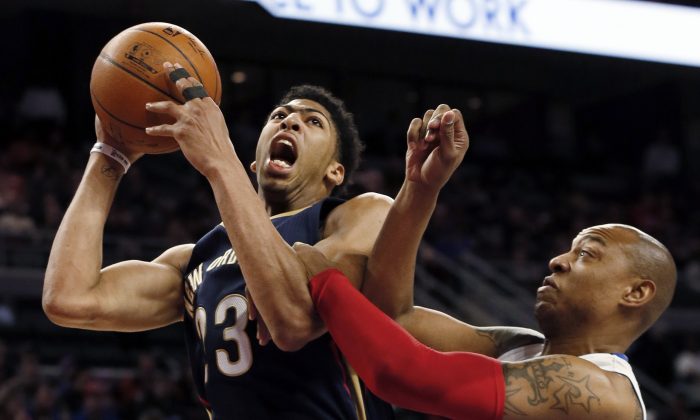 The most clutch NBA players so far this season have been named, and so far are topped by Damian Lillard and Anthony Davis.

One statistic used is the wins above replacement, conveyed by ESPN via NBA.com.

“Damian Lillard has a reputation as one of the league’s top closers, and the numbers so far in 2014-15 validate that perception. He’s fourth in the league with 84 points in 95 clutch minutes but, more impressive, he’s turned the ball over just twice despite having the ball in his hands so often,” noted ESPN’s Bradford Doolittle.

“There aren’t a lot of surprises on the list, though Morris’ No. 2 ranking will raise some eyebrows. As I discovered while putting together these numbers, it shouldn’t; over the past three years, Morris has consistently raised his level of play at clutch time as much as any player in the league.”

Monta Ellis and Dirk Nowitzki of the Dallas Mavericks, James Harden of the Houston Rockets, Anthony Davis of the New Orleans Pelicans, Mike Conley of the Memphis Grizzlies, LaMarcus Aldridge of the Blazers, and Jimmy Butler of the Bulls round out the top 10.

Another big stat for clutch play is winning percentage for players who have logged at least 30 clutch minutes so far this season. Clutch minutes are pegged as the last five minutes of regulation, or any minutes in overtime.

Doolittle also used a combination of stats over the past three seasons to show who steps it up the most, or who gets better during crunch time. The states included a filter for composite winning percentage of at least .500. A slew of players not in the top of the other lists appeared–Harden, Conley, and James were joined by Chris Bosh of the Miami Heat, Nicolas Batum and Wesley Matthews of the Blazers, Marc Gasol and Zach Randolph of the Grizzlies, Kyrie Irving of the Cavaliers, Jeff Teague of the Hawks.

On the other end is the players who step it up the least. “While you don’t want to be on this list, I still hesitate to suggest these players can’t play well in the clutch. It’s just that they haven’t, at least not over the past three years. It’s the same measure as the last list, only sorted from worst to best,” Doolittle said.

The list includes some surprising names–Blake Griffin of the Los Angeles Clippers, Goran Dragic of the Phoenix Suns, Kyle Lowry of the Toronto Raptors, and John Wall of the Washington Wizards.