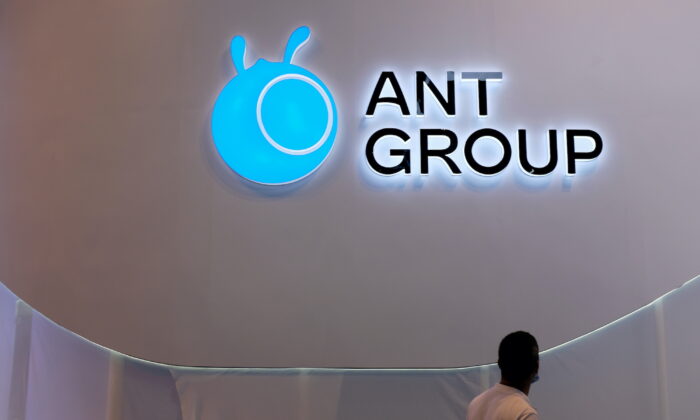 Jack Ma’s Ant Group is undergoing a “brand differentiation” process over its loan provider as part of its Beijing-driven restructuring.

Some Chinese users recognized changes in the fintech group’s credit services, Jiebei, as the platform now clearly indicates that the loan is provided by banks, rather than Ant’s own consumer finance company, China’s state-run media reported over the weekend.

“Jiebei is gradually working on brand differentiation,” an Ant Group spokesperson said on Nov. 7, adding that consumer credit services provided independently by banks or other financial institutions will be presented on a separate page labeled “credit loan.”

Ant did not elaborate on how much of its business would be affected by the brand differentiation.

The financial affiliate of e-commerce giant Alibaba Group is now in the pursuit of a Beijing-led branding restructuring, which began in April. It has since been working to turn itself into a financial holding firm, a move expected to curb its profitability and valuation.

In November 2020, regulators called off the $37 billion record-breaking listing of Ant, underscoring Beijing’s determination to rein in fintech giants and some freewheeling businesses of billionaire Jack Ma.

Regulators also criticized Huabei and Jiebei for improper links between payment services and financial products, saying that these may have over-promoted loan services to users.

“Ant Group attaches great importance to the seriousness of the rectification,” the company said in a previous statement. Its consumer finance unit won approval to begin operating in Chongqing city in June.

The Chinese regime has been rolling out anti-monopoly and data security curbs since the past year, drawing an end to the success stories of some decades-old firms, including Alibaba and Tencent Holdings, also known as WeChat’s operator.

Huabei and Jiebei were used by around 500 million people in the 12 months to June 30, 2020, Ant said in its initial public offerings prospectus.

The Alipay app of Ant, which is used for payments, wealth management, and consumer lending, has more than 730 million monthly users in China and handles more transactions a year than MasterCard and Visa.