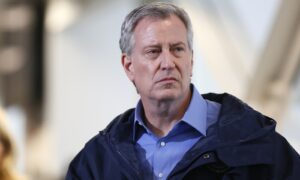 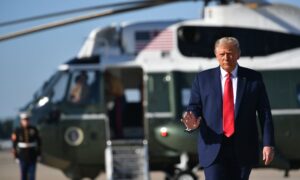 Another Video Shows Bikers Going After Drivers in Ridgewood, Queens

NEW YORK–Another video has surfaced showing a group of bikers going after a driver in Ridgewood, Queens, located in New York City.

Although it is unclear if it was the same bikers who attacked an SUV more than a week ago in Upper Manhattan, the footage was captured the same way–via a helmet camera. The SUV attack left a man, Alexian Lien, beaten and bloody. He was hospitalized with injuries, and several people have been charged in the incident since then.

The new video shows dozens of bikers blowing through red lights, speeding on the sidewalk, and getting into spats with drivers in Queens. Many were wearing similar gear as the bikers in the video captured in Upper Manhattan during the Lien attack.

They are also seen speeding in front of a garage and driving on the wrong side of the road. The New York Daily News reported that the video footage was taken in Queens.

In one incident, several riders surround a Toyota Prius and bang on the window and mirror before leaving.

“We have all no doubt seen the Range Rover episode that we posted a few days back…What the bikers DIDN’T want you to see, is that they make a habit of these deliberate intimidation techniques year after year,” reads a posting on the site’s Facebook page. “While I certainly feel for the guy that got ran over (if it is indeed true that all he was doing was ‘helping the fallen rider’), however in light of these new videos coming to surface, it would definitely NOT seem like the kind of crowd I would want ANYTHING to do with,” it added.

Over the weekend, 38-year-old Reginald Chance was arrested and charged. He reportedly admitted to smashing his helmet against Lien’s vehicle, as shown in the video. Robert Sims, 35, was also charged with beating Lien.

The New York Post reported that Chance and Sims were charged with attempted assault, gang assault, and criminal possession of a weapon.

Another biker, Edwin Mieses, was injured when Lien sped off, hitting him. He was reportedly left in a coma and has lost the ability to walk.

And Christopher Cruz, 28, gave an interview on Monday, saying that he was not responsible for sparking the incident.

Cruz is accused of abruptly stopping his bike in front of Lien’s car before his SUV bumped the tire, setting off the confrontation in which several bikers surrounded the vehicle.

“I never had intentions to slow him down or cause any type of problems,” Cruz told ABC News. “I don’t think I feel responsible.”