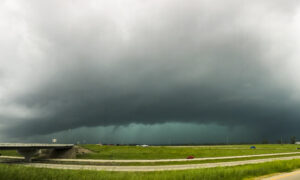 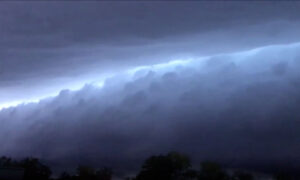 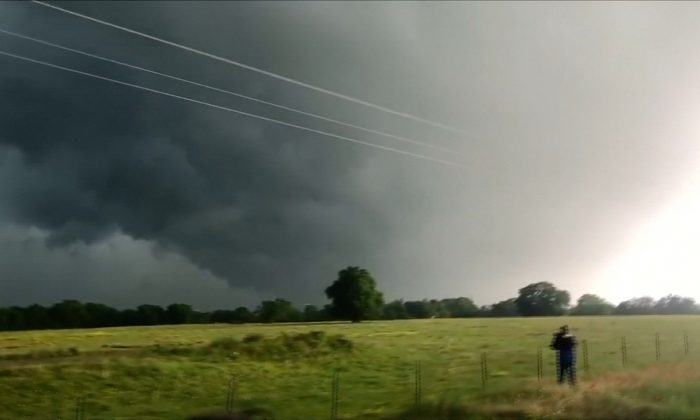 Dark clouds spiraled over a small town in Texas before turning into a tornado which injured at least seven people south east of Franklin, Texas, on April 13. (TWITTER @DOC_SANGER via Reuters)
US News

Hundreds of tornadoes have been reported across the eastern half of the U.S. since April 1. Now, another storm system could generate even more over the next two days, from the Southern Plains to the Deep South.

This storm threat includes parts of Oklahoma, Texas, Arkansas, Louisiana, Alabama and Georgia. It also includes Mississippi, which has been hit exceptionally hard by a series of devastating long-track EF-4 tornadoes and dozens of others.

Storms are expected to be especially severe around the Dallas-Fort Worth area before moving on by Thursday morning into the lower Mississippi Valley.

“Significant severe storms are expected over parts of the Southeast,” said the SPC, “including the potential for strong tornadoes.”

One model has “eye-popping parameters based on an idealistic scenario, the kind that rarely seems to verify,” said the National Weather Service in Birmingham. “At this time, this has a low probability of occurring, but if it does, a significant tornado threat would be on the table.”

Over 16 million people will be at risk in cities like Birmingham, Montgomery and Mobile in Alabama; Atlanta; and even Jacksonville, Florida.

“While unusual to see nearly identical-looking threats weeks or even days apart, this is the peak time of year for severe weather and tornadoes across the southern U.S., especially in the area called ‘Dixie Alley,’ ” said CNN meteorologist Brandon Miller.

Dixie Alley encompasses most states in the Southeast and, like “Tornado Alley” in the Plains, historically produces tornadoes as the seasons change. Dixie Alley tends to be more dangerous than Tornado Alley because of population density in the South and the fact that many of these storms produce nighttime tornadoes.

This is why it’s essential to have a way to receive alerts about tornadoes in your area, even while you are sleeping.

Flooding Is an Additional Threat

Forecasts show storms dumping 1 inch or more of rain an hour for multiple hours while moving through parts of Louisiana, Mississippi and Alabama.

And with storms traveling over the same areas week after week, the chance for flooding increases.

“The highest risk for flash flooding will be across areas that have seen lots of rainfall over the past couple of weeks,” the Weather Prediction Center (WPC) said.

Although parts of this region have somewhat recovered from recent heavy rains which have delivered 200 to 600 percent of their average rainfall. This area will remain sensitive to any additional extreme rainfall events that come with these storms.