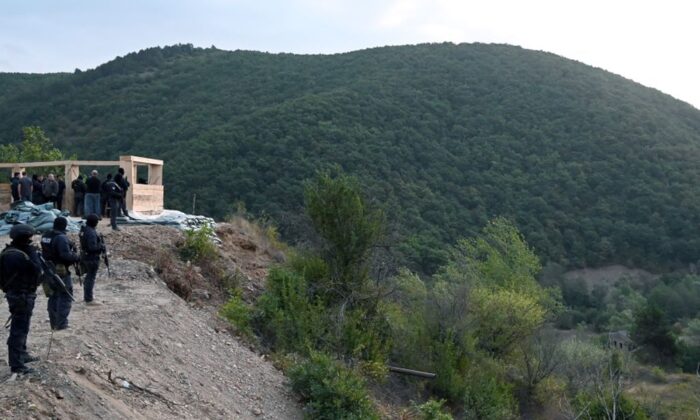 The head of a separatist region, South Ossetia, announced it wants to join Russia amid the conflict in Ukraine.

Anatoly Bibilov, the president of the region, which is within the Caucasus nation of Georgia, said he will take legal steps to join Russia. He did not elaborate.

“I believe that unification with Russia is our strategic goal. Our path, the aspirations of our people. And we will move along this path. We will take appropriate legal steps in the near future. The Republic of South Ossetia will be part of its historical homeland–Russia,” Bibilov said in public remarks, according to Reuters and Russian state media.

The breakaway state, which has a population of about 53,000, is only recognized as a sovereign nation by several countries, including Russia, Syria, and Venezuela. The United Nations and Georgia consider South Ossetia to be part of Georgia.

Moscow recognized the territory and the region of Abkhazia as sovereign nations after fighting a war with Georgia in 2008. Similar to the situation in the Donbass region of Ukraine, Russia used its own recognition of the breakaway regions to maintain troops there.

Kremlin officials have not issued a public response after Bibilov’s announcement Wednesday.

Several days ago, Bibilov wrote on Telegram that he sent troops to Ukraine to “help protect Russia” during the invasion, which started on Feb. 24.

The General Staff of the Armed Forces of Ukraine said Monday that about 150 people were transferred from South Ossetia to the Crimean Peninsula in Ukraine in recent days, according to Interfax.

“About 150 people were transferred from South Ossetia to the temporarily occupied territory of the Autonomous Republic of Crimea for their further actions in neighboring regions of Ukraine. Also, covert mobilization of the population of the so-called South Ossetia was recorded in order to further involve them in the war with Ukraine,” the military’s statement said.

The Russian military announced Tuesday that it would de-escalate near the capital of Kyiv and Chernihiv to “increase mutual trust” was met with deep suspicion from Ukrainian President Volodymyr Zelenskyy and the West.

Ukrainian officials, however, reported that Russian shelling hit homes, stores, libraries, and other civilian sites in and around Chernihiv and on the outskirts of Kyiv. Russian troops also stepped up their attacks around the eastern city of Izyum and the eastern Donetsk region, after redeploying units from other areas, the Ukrainian side said.