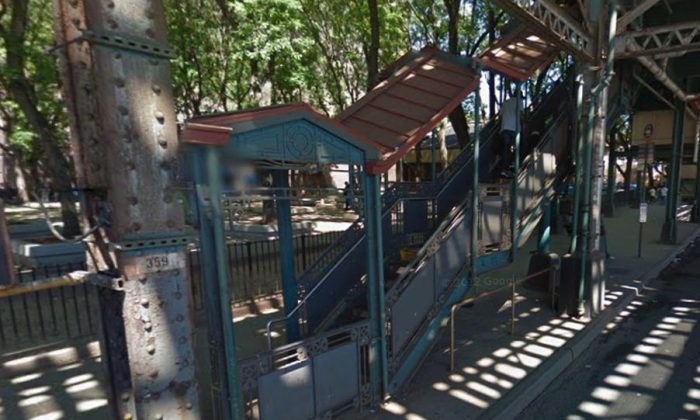 Another Person Slashed in Face Inside NYC Subway Station

The New York City Police Department is investigating another slashing on the subway—this time, in the Bronx.

Police said that a dispute between a male victim and two male aggressors turned violent in the subway stairwell of the No. 2 and No. 5 lines at West Farms Square—East Tremont reported CBS New York.

The 32-year-old victim was slashed in the face before the two suspects left.

The victim’s condition is stable. He was taken to St. Barnabas Hospital where doctors stitched the wound, The New York Daily News reported.

The suspects were described as men in their 30s.

“The victim is trying to talk to one and he expresses he’s not interested in having a conversation with the guy,” a source told the New York Post. The victim said that the three men continued down the stairway before he felt a slap to his face. He then quickly realized he had been slashed, the sources said.

On Wednesday, NYPD Commissioner Bill Bratton said extra officers will be sent into the subway system in an attempt to deal with a spate of slashing attacks in recent weeks on the subway.

Cops said that the knife attacks have taken place when riders got into an argument.

In 2016, there have been seven slashings and three stabbings on the subway. Other attacks on the subway have also been reported, including two attacks earlier this week when two men were arrested after both punched women in separate incidents.

CBS NY posted a photo of a suspect wanted in at least two slashings. The suspect, who is African-American, has distinctly red hair.

Also, another man is wanted in a needle attack at a subway station in Times Square earlier this week.

“I felt this sharp pain in my right shoulder. … It’s like the feeling you get when you get, like, an injection, like a flu shot. That kind of warm, stinging-pain feeling,” victim Jenny Gonzalez, 37, told the Daily News.