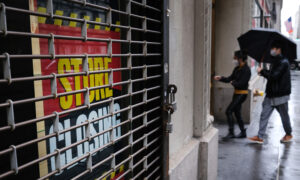 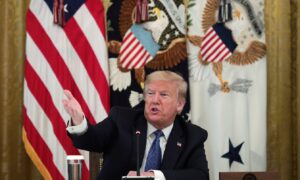 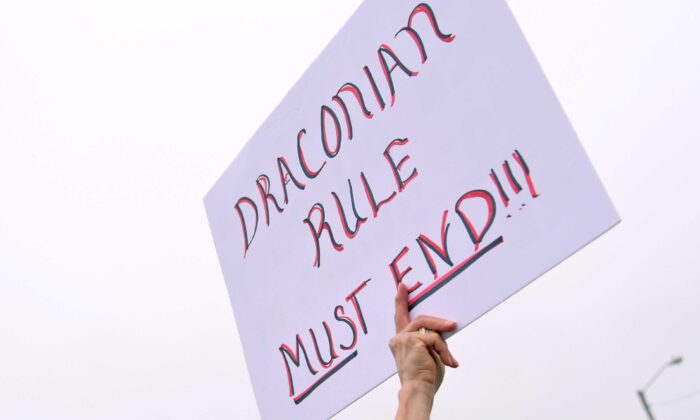 A person holds a sign during a Reopen New Jersey protest in Point Pleasant, N.J., on May 25, 2020. (Michael Loccisano/Getty Images)
Viewpoints

Another Doctor Argues Against Lockdown: It’s Time We Ended This Disastrous Policy 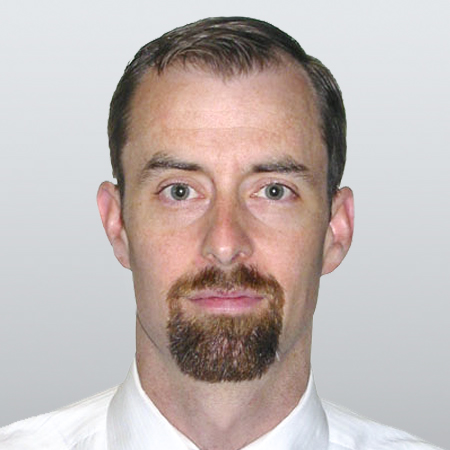 Add my name to the list of physicians who cannot stay silent any longer. The lockdowns must end. They must end immediately and in earnest, not a slow sinking into a morass of rules so complex, illogical, and destructive of privacy as to make lockdown look enjoyable.

In March, the argument for lockdowns was simple: SARS-CoV-2 is far more deadly and infectious than seasonal influenza. A drastic and legally enforced decrease in socialization will prevent the overwhelming of hospitals. The cost of these measures is not to be compared to the loss of even a single life. We now hear a supplementary argument: The death toll was less than projected, but it would have been catastrophic without lockdowns.

Every one of these claims is either questionable or outright false. But if even one point fails, so does the case for lockdowns.

1. SARS-CoV-2 does not have a higher mortality rate than seasonal influenza

Early in any epidemic, mortality is estimated as the ratio of deaths to confirmed cases; this is the case fatality ratio (CFR). Later, we can compare deaths to all cases, including those who did not seek medical attention; this is the infection fatality ratio (IFR). Tedros’s 3.4 percent refers to the CFR. The flu’s 0.1 to 0.2 percent is an IFR. The two must not be confused.

Antibody studies invariably show prevalence more than 10 times the early estimates, and IFR lower by the same. In a systematic review by Dr. John Ioannidis, professor of medicine and co-director of the Meta-Research Innovation Center at Stanford, 9 out of 12 studies gave an IFR of 0.16 percent or less. The highest was only 0.4 percent.

2. SARS-CoV-2 is more contagious than the flu in some countries, but not by much

Prof. Neil Ferguson, director of the MRC Centre for Global Infectious Disease Analysis at Imperial College London, and member of the UK’s Scientific Advisory Group for Emergencies, predicted up to 81 percent transmission of SARS-CoV-2. This has happened nowhere, regardless of lockdown.

The highest prevalence in Ioannidis’s review was 25.9 percent. For perspective, 15 percent of the U.S. population contracted influenza in 2017/18.

3. So far, COVID-19 mortality is similar to that of seasonal influenza

Though this could change, the comparison to influenza is presently valid. COVID-19 has killed many thousands, and severely strained some hospitals. But influenza does the same. Only two years ago, influenza forced hospitals in the United States, England, and Italy to cancel elective surgery and use surge capacity, including in tents.

4. Deaths may be badly overestimated

There’s good reason to doubt even the numbers above. Early in the pandemic, Prof. Dr. Sucharit Bhakdi, professor emeritus and former head of the Institute for Medical Microbiology and Hygiene at the Johannes Gutenberg University of Mainz in Germany, pointed out that governments were failing to distinguish between deaths “of” and merely “with” SARS-CoV-2.

Prof. Walter Ricciardi, scientific adviser to the Italian minister of health, reports that only 12 percent of Italian “COVID-19” deaths were directly caused by COVID-19. The CDC encourages logging COVID-19 only on suspicion, without lab evidence. On the day New York started this practice, they added 3,700 deaths, about 50 percent of the previous total. Some of these surely died of COVID-19, but since the clinical picture overlaps with COPD, heart failure, and non-pulmonary sepsis, surely many of them did not.

Around the world, Prof. Ferguson’s model was the most influential. It forecast as many as 2,200,000 dead in the United States and 510,000 in the UK. It was released without its supporting code, which should have disqualified it immediately. It assumed an IFR of 0.9 percent, more than twice the highest estimate discussed above. The highly modified code was released a month late, and severely criticized by numerous programmers, including a team from the University of Edinburgh.

Pro-lockdown scientists from the Uppsala University ran a Swedish model based on Ferguson’s, and predicted 80,000 to 90,000 deaths by mid-May under the present rules, and 20,000 to 30,000 under lockdown. Without any lockdown, Sweden had 3,800 deaths by mid-May, 20 times fewer than predicted. We didn’t avert Ferguson’s forecast; it was just worthless.

6. There is no evidence that lockdowns saved lives

Even if mortality increases well past a bad flu year, that still won’t make lockdowns the right solution. Oxford University’s Blavatnik School of Government maintains a graph of lockdown stringency and prevalence of COVID-19 in different countries, and there’s no correlation between the two.

Dr. Carl Heneghan, director of the Centre for Evidence-Based Medicine, and researchers at both Switzerland’s ETH Zurich and Germany’s Robert Koch Institute have all separately argued that the transmission rate was already decreasing before lockdowns.

Nobel laureate and Stanford professor of structural biology Dr. Michael Levitt has shown that transmission decays at similar rates regardless of lockdown. No wonder, then, that Sweden reached peak infection at the same speed as other countries, and, as of May 31, has a lower overall death rate per million (435) than the UK (567), France (441), Spain (580), Italy (553), and Belgium (817). If lockdowns make no difference, much less will the half-lockdowns we’re now told to call “normal.”

7. Lockdowns have probably killed people, but the recession will kill more

The UK reports about 20,000 excess deaths outside hospital, not associated with COVID-19. Emergency treatment for heart attacks is down 40 percent in England, implying that enormous numbers of people are not being treated. But widespread poverty may prove more important yet.

Suicide, drug use, and violence all increase with unemployment. Heart disease is directly related to poverty. One shudders to think of the developing world, where the U.N. World Food Program estimates that 130 million more people will be pushed to the brink of starvation. That’s 300 times the number of COVID-19 deaths worldwide.

It’s time we ended this disastrous policy, so aptly described by Prof. Dr. Bhakdi as “collective suicide.” I beg my colleagues who agree with me to break your own silence. We are already late to do our duty.