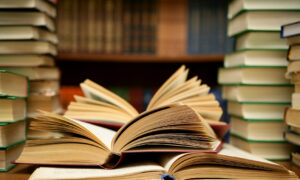 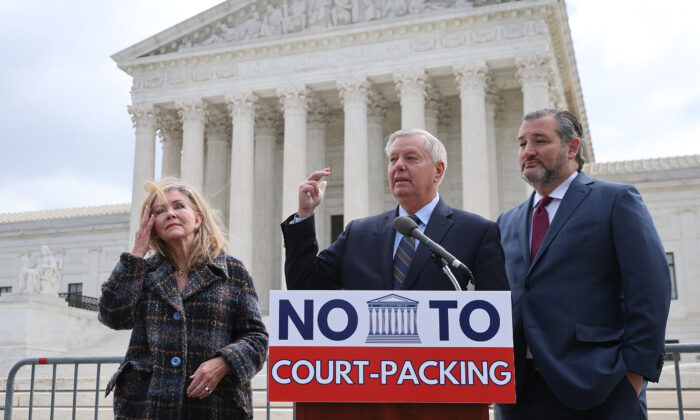 On April 9, 2021, U.S. President Joseph Biden signed an Executive Order on the Establishment of the Presidential Commission on the Supreme Court of the United States. The Commission will be composed of “not more than 36 members appointed by the President.”

According to Section 3(a) of the Order, the Commission’s task is to produce a report that provides an account of the “contemporary commentary and debate about the role and operation of the Supreme Court … and about the functioning of the constitutional process by which the President nominates and, by and with the advice and consent of the Senate, appoints Justices to the Supreme Court.”

The Commission is also required to provide an “analysis of the principal arguments in the contemporary public debate for and against Supreme Court reform, including an appraisal of the merits and legality of particular reform proposals.”

A perfunctory reading of the Order does not reveal a hidden agenda by the Administration. Indeed, the Order appears to be a straightforward attempt by the President to be enlightened about the operations of the Supreme Court and apprised of any desirable reforms.

However, the Order also requires the Commission to delve into the historical background of other “periods in the Nation’s history when the Supreme Court’s role and the nominations and advice-and-consent process were subject to critical assessment and prompted proposals for reform.”

This requirement inevitably reminds an astute observer of the court-packing plan of former U.S. President Franklin D. Roosevelt who in 1937 proposed the Judicial Procedures Reform Bill, which would have given the president power to appoint an additional justice to the Court, up to a maximum of six, for every member of the Court over the age of 70 years and 6 months.

The Supreme Court had repeatedly declared Roosevelt’s New Deal legislation unconstitutional. His response was a crude attempt at packing the Court. It was a controversial measure, scathingly denounced in a Senate Judiciary Committee Report, and even opposed by Roosevelt’s Vice-President John Nance Garner, and ultimately a failure.

President Biden’s request to consider the historical background and precedents again raises the spectre of court-packing. It is common knowledge that the Administration and the Democratic Party are unhappy about the successful nominations by former President Trump of three Associate Justices, namely Neil Gorsuch, Brett Kavanaugh and Amy Barrett.

If so, the Order is a cynical example of political manoeuvring, disguised as a legitimate attempt at reforming an institution that has a nominally 6-3 conservative majority.

If this interpretation is correct, the president’s move may well be an unpolished attempt at packing the Court. It would be akin to establishing a new Court simply to ensure that the leaders’ vision would be implemented.

History is replete with examples of leaders establishing new courts willing to administer justice in accordance with their political vision. A good example is the establishment by Adolf Hitler of the People’s Court to deal with offences against Nazism.

The Democratic Party’s enthusiasm for court-packing is also evidenced by Senator Ed Markey’s (D-Mass.) and Rep. Jerrold Nadler’s (D-N.Y.) introduction of the Judiciary Bill 2021 which provides for the addition of four Associate Justices to the present 9-member Court.

As Josh Hammer pointed out in an opinion piece published on 16 April in The Epoch Times, “In Nadler’s dystopian Newspeak, such a bill amounts not to ‘packing’ the court, but to ‘unpacking’ it. Alas, we have come a long way since the scathing Senate Judiciary Committee report of 1937.”

The characterisation by Nadler of the Judiciary Bill 2021 as an attempt to unpack the Supreme Court can be described appropriately as a power grab by a politician who wants to destroy the present conservative make-up of the Supreme Court.

If the ultimate purpose of the signing of the Executive Order is a radical restructuring of the Supreme Court, President Biden’s attempt should be rejected because the trust placed by people in the objectivity and impartiality of the Court would be seriously eroded. Indeed, it would make the concept of “judicial objectivity” a relative concept, the meaning of which would depend on the party in power.

Justice Stephen Breyer, a member of the liberal wing of the Supreme Court, recently stated in a well-publicised lecture at Harvard University, “If the public sees judges as ‘politicians in robes,’ its confidence in the Courts, and in the rule of law itself, can only diminish, diminishing the Court’s power, including its power to act as a ‘check’ on the other branches.”

In addition, good governance is a likely victim if the United States were to be ruled routinely by presidential Executive Orders because they distort the legislative process. President Biden knows that his Executive Orders will not be overturned by Congress, which is now in the hands of the Democratic Party. He has already signed 40 Executive Orders since his inauguration on Jan. 20, 2021.

Of course, there are precedents for his embrace of this legislative strategy. Indeed, President Franklin D. Roosevelt also governed the United States by Executive Order: He signed 3,728 Orders, the most of any president in American history.

Even common sense suggests that, if the legislative powers of Congress are usurped by the Administration, the legislative oversight by Congress will be weakened, thereby emasculating the separation of powers doctrine.

This is doubly worrying if an Executive Order raises the spectre of significant changes to the operation of the Supreme Court. Hence, from a political point of view, the president’s Executive Order constitutes a cynical move, which may well erode the trust of Americans in the legal system of the United States.

This story has only just begun, but its ending is unpredictable.

Gabriël A. Moens AM is an emeritus professor of law at the University of Queensland and has served as pro vice-chancellor at Murdoch University. He has authored short stories and novels, including ‘A Twisted Choice,’ a thriller about the origins of the COVID-19 virus.