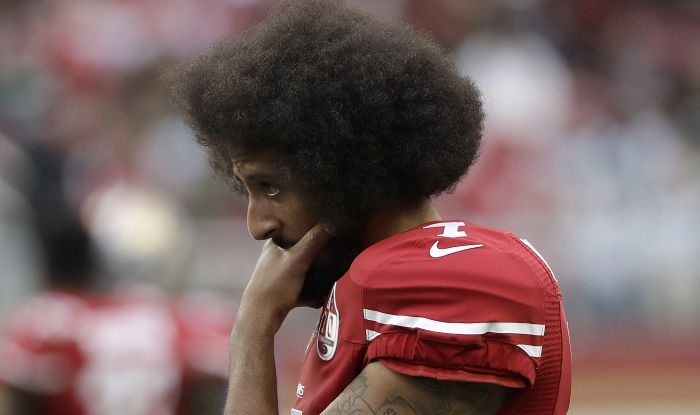 With two touchdowns in the first five minutes against the reeling New York Jets, the San Francisco 49ers looked poised to finally get their first win since the season opener.

Then for the rest of the game, they became the same old Niners and extended their franchise-record losing streak to 12 games.

Bilal Powell scored on a 19-yard run after New York stopped Carlos Hyde on fourth-and-short to open overtime and the Jets dealt the 49ers perhaps their most disheartening loss of a lost season with a 23-17 victory on Sunday.

Despite running for 248 yards at a clip of 9.2 yards per carry and facing a team on a short week off a listless loss with an untested quarterback and a backup running back, San Francisco (1-12) still managed to find a way to lose.

The Niners broke out to a 14-0 lead for the third time in the past six home games, but have somehow lost them all. This was their record-tying ninth loss this season after scoring first as the pattern of fast starts and second-half duds continued under first-year coach Chip Kelly.

After taking a 17-3 lead in the second quarter, San Francisco was held to 133 yards, no points and punted six times on the final eight drives over the last 42:10 of game time.

With left tackle Joe Staley out with a hamstring injury and center Daniel Kilgore (right leg), tight end Vance McDonald (shoulder) and receiver Torrey Smith (concussion) leaving during the game, Kelly said he got too conservative.

“That’s on me as the play caller, but I just really wasn’t confident,” he said.

That allowed Bryce Petty and the Jets to tie the game with two fourth-quarter scores. New York used a 15-play, 66-yard drive to cut the deficit to 17-14 with 5:04 left when Powell bowled his way in for a 5-yard run and Petty ran in the 2-point conversion .

New York then forced a punt and Petty led the Jets 33 yards to tie the game on Nick Folk’s 50-yard field goal with 38 seconds left.

“I think they got worn down,” Kelly said of his defense. “They were on the field too much because our offense couldn’t sustain and stay on the field.”

Despite blowing the lead and being forced into overtime, the Niners were in good position after winning the toss and driving to the Jets 37. Facing a fourth-and-2 and being too far away for a field-goal attempt, Kelly called Hyde’s number in hopes that a player who had gained 193 yards on his first 16 carries could get 2 at a crucial spot.

Report: Cam Newton Will Be a Father Again

Instead, the Jets stuffed him for no gain and then drove down for the winning score.

“That’s a play we’ve been running all game,” Hyde said. “The Jets just played good defense right there. … I didn’t have a lane where I could go. I just tried to hit it up there and tried to get a push, but they did a good job there.”

Six plays later, Powell was in the end zone following the winning run and the Niners were left to figure out how they blew yet another game.

“We have to be able to change this course that we’re on,” Kaepernick said. “When we’re in these positions, we have to make plays at the end of the game, finish the game and be able to pull out a win.”