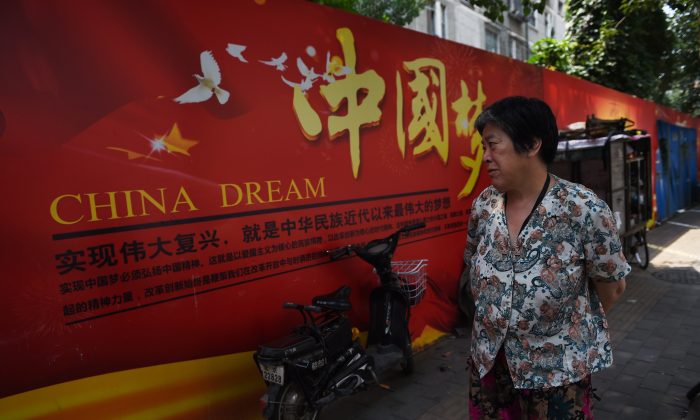 Even before the work week started properly on Monday morning on the East Coast, the bad news from China was already flowing in on Sunday evening because of the time difference.

This time, the Shanghai Composite dropped another 5 percent to 3,017 on Jan. 11, minus 15 percent for the year. On the upside, the yuan is down only 0.1 percent against the dollar, and its little brother, the offshore yuan (mostly traded in Hong Kong), is up 1.2 percent to 6.60 per U.S. dollar.

Of course, it wouldn’t be China if the regime hadn’t intervened heavily in both markets. For the stock market, all it could do was prevent it from dropping more by buying stocks without caring for the losses.

And the losses for the regime are substantial. Goldman Sachs estimates the regime bought stocks worth 1.8 trillion yuan ($270 billion) from June to November of 2015 to prop up the stock market after the July crash.

The so-called national team spent the money in vain, as prices approached the August bottom of 2,927 for the Shanghai Composite.

As for the currency, and especially the offshore yuan (down 2.3 percent for the year already), the Chinese central bank made it go up on Monday, Jan. 11, but also paid a heavy price for it.

Overnight interbank lending rates in Hong Kong went up a ridiculous 9.39 percentage points to 13.4 annualized on Monday, a sign that the interventions on the currency market are draining liquidity from the interbank market. This is the highest rate on record.

The movement in the currency and the interbank lending rates is a perfect example of how putting out one fire stirs up another, a problem the regime finds impossible to manage since the shock devaluation of last August.

The offshore yuan (the ticker is CNH and there are about $230 billion of them) sit around as deposits on the balance sheets of private banks, mostly in Hong Kong.

So if a bank now needs offshore yuan, there are now fewer of them sloshing around in the market. Because there are so few of them to begin with ($230 billion is really nothing compared to the size of the euro or the Japanese yen foreign exchange markets), the market is very sensitive to changes in liquidity and banks have to pay a high interest rate to get the offshore yuan funding they need.

The same is true for the domestic stock market. When the People’s Bank of China sells dollars and buys yuan in the market, those yuan aren’t available for private use anymore, like for investing in the stock market. As a result of the intervention, the stock market—and everything else for that matter—goes down.

The only solution to the problem of the impossible trinity: Let the currency go free.