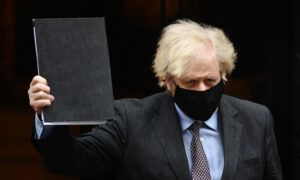 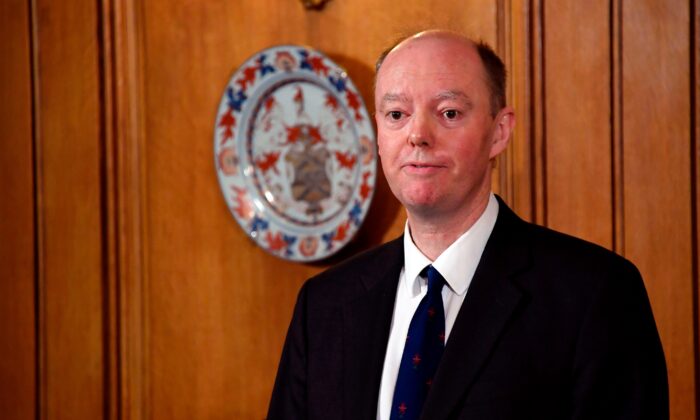 All the modelling suggests another surge of the CCP virus will happen, England’s chief medical officer told lawmakers on Tuesday.

Talking via video link at a meeting of the UK Parliament’s science and technology committee, professor Chris Whitty said that infection rates will rise again as COVID-19 restrictions are relaxed.

Schools in England reopened on Monday to all pupils as the government began easing lockdown measures intended to the curb the spread of the CCP (Chinese Communist Party) virus.

“I think what we’re going to see is as things are opening up, what all the modelling suggests is that at some point we will get a surge in virus,” Witty told the committee.

He said the surge may happen “later in the summer if we open up gradually, or if there’s a seasonal effect it might happen over the next autumn and winter.”

“But I think all the modelling suggests there is going to be a further surge and that will find the people who either have not been vaccinated or where the vaccine’s not worked. And some of them will end up in hospital and, sadly, some of them will go on to die.”

He said infections will “go right down as a result of vaccination, but not right down to zero, unfortunately.”

Also speaking at the meeting, Patrick Vallance, the government’s chief scientific adviser, warned that, while deaths were decreasing, the situation could quickly deteriorate.

“It’s all pointing in the right direction, but I think nobody can say with certainty that this is … finished,” he said. “We’re certainly not out of the woods yet, even on this wave.”

As infection rates drop rapidly across the UK, Prime Minister Boris Johnson has come under pressure to move the country out of lockdown more quickly.

Johnson on Feb. 22 set out his “roadmap” out of the lockdown, which includes four stages with five weeks in between.

Some backbench MPs in his ruling Conservative Party have argued that the actual data warrant a quicker exit from lockdown.

Talking at a press briefing at 10 Downing Street on Monday, Johnson acknowledged that people have asked the government to accelerate the lockdown exit “many times” and said he understood “the urgency that people feel.”

“We’ve just got to remain prudent,” he said, adding that the government’s roadmap is intended to be “cautious but irreversible.”

“I think that people would really rather trade some urgency and some haste in favour of some security and certainty about those dates that we’ve set out.”